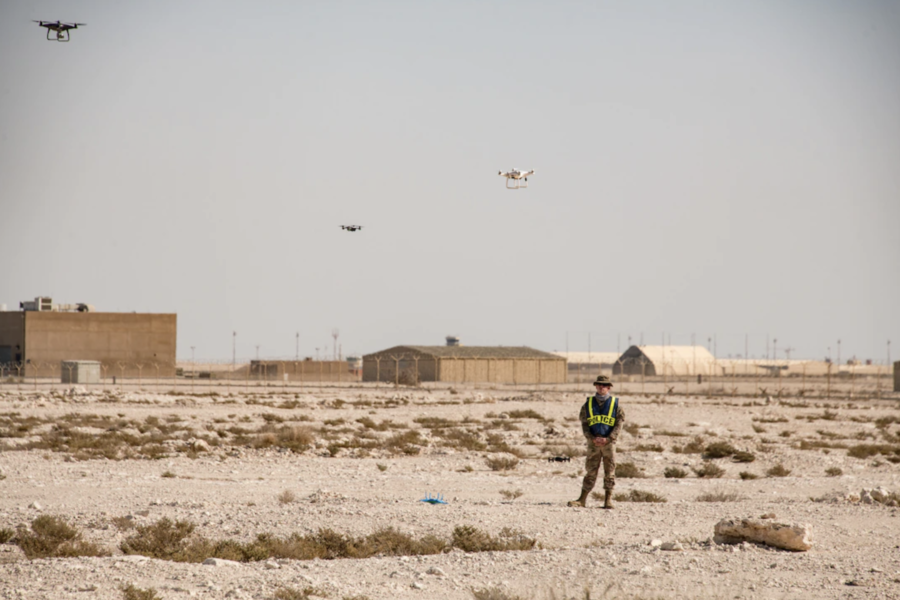 The proliferation of small unmanned aerial systems, usually commercially available drones that can be outfitted to drop weapons, is the most “persistent and dangerous” threat to troops in the Middle East in decades.

“These small- and medium-sized UAS proliferating across the [area of operations] present a new and complex threat to our forces and those of our partners and allies,” U.S. Central Command boss USMC Gen. Kenneth F. McKenzie Jr. told the House Armed Services Committee on April 20. “For the first time since the Korean War, we are operating without complete air superiority.”

The counter-UAS effort is a “top priority” for CENTCOM. There are existing air defense and missile defense systems that can track inbound threats, and the command is looking at several systems to counter UAS, but their small size makes that a difficult task.

The U.S. military needs to develop an “integrated system” that takes components of what’s already available—one that can provide an early warning of the launch of a UAS, an idea of where it is coming from and its altitude, and be able to engage it both kinetically and non-kinetically.

“There’s a lot of great work being done in the department, we are not there yet,” McKenzie said.

Army Gen. Stephen J. Townsend, commander of U.S. Africa Command, said he first encountered drone-delivered munitions during the battle of Mosul against the Islamic State group when he was commander of Combined Joint Task Force-Operation Inherent Resolve. The effectiveness and proliferation of the system is an “area of great concern.”

While AFRICOM has not seen “significant employment of weaponized drones in Africa,” the command is working with the broader Defense Department to get ahead of it, he said.