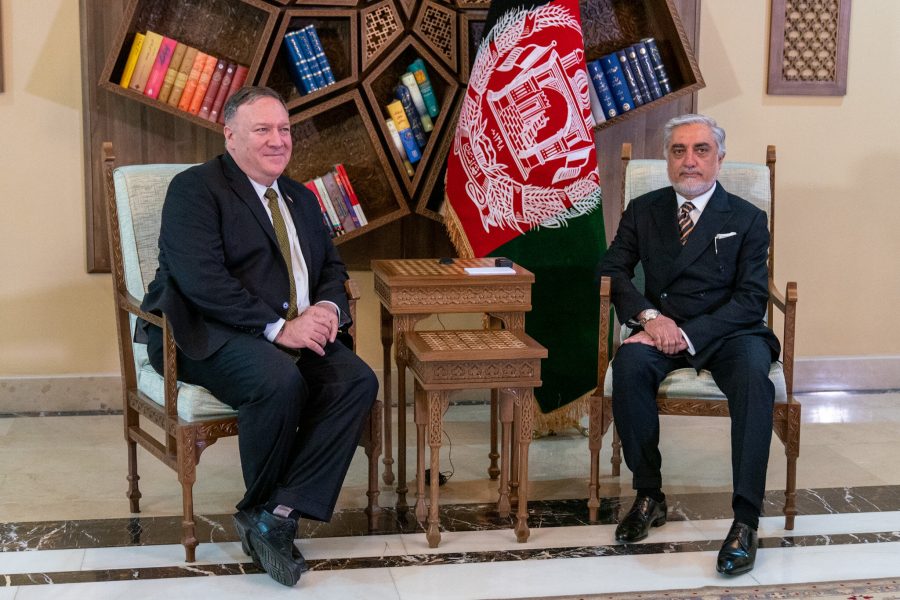 The U.S. will immediately cut its assistance to the government of Afghanistan by $1 billion because of leadership failures at the top ranks in Kabul, with plans to cut another $1 billion next year, Secretary of State Mike Pompeo announced March 23.

Afghan President Ashraf Ghani and former Chief Executive Abdullah Abdullah both declared themselves victors in the country’s recent presidential election, with both men even holding their own inaugurations earlier this month. Pompeo made an unannounced visit to Kabul on March 23 to try to help the two reach a deal so the government can move forward, but the effort failed.

“The United States is disappointed in them and what their conduct means for Afghanistan and our shared interests,” Pompeo wrote in a statement. “Their failure has harmed U.S.-Afghan relations and, sadly, dishonors those Afghan, Americans, and coalition partners who have sacrificed their lives and treasure in the struggle to build a new future for this country.

“Because this leadership failure poses a direct threat to U.S. national interests, effective immediately, the U.S. government will initiate a review of the scope of our cooperation with Afghanistan.”

In addition to the funding cuts, the U.S. is reviewing all of its other programs to find additional cutbacks. Pompeo told the Afghan leadership the U.S. will not support security operations that are “politically motivated, nor support political leaders who order such operations, or those who advocate for or support parallel government.”

If Ghani and Abdullah can reach an agreement to form an inclusive government, the U.S. will revisit the plans, according to the statement. At the same time, the U.S. is providing Afghanistan $15 million to help stop the spread of the new coronavirus in the country “to illustrate America’s steadfast commitment to the Afghan people.”

The announcement comes as the U.S. is reducing its military footprint inside the country to about 8,600 as part of a tentative peace agreement with the Taliban. Officials have said the U.S. would review future force structure plans based on the security situation.