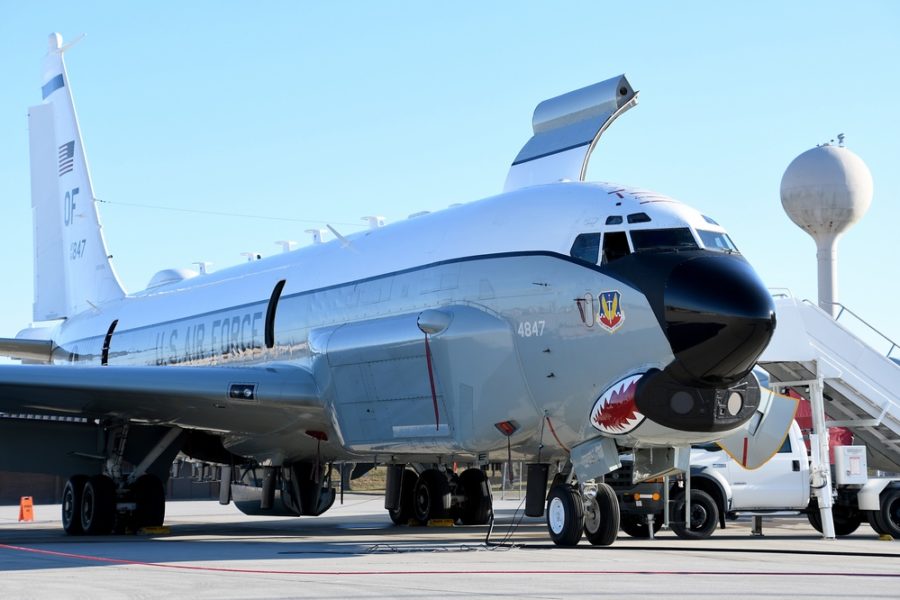 The Air Force has pushed to revamp its intelligence, surveillance, and reconnaissance operations in recent years, focusing on new capabilities such as space-based ISR and next-generation platforms capable of multiple roles and penetrating contested airspace.

Yet there still might be a role for older, legacy platforms to play in the ISR of the future, top Pentagon intelligence officials said March 17.

Bacon has more insight than most lawmakers into ISR. He flew both the EC-130H and RC-135 S/V/W for the Air Force, served as commander of the 55th Wing at Offutt Air Force Base in his state, and worked as director of ISR strategy, plans, doctrine, and force development.

And during a hearing before the House Armed Services intelligence and special operations subcommittee, Bacon took the opportunity to press Nakasone and Berrier on the usefulness of the RC-135, which has been flying since the 1970s.

“I flew in the RC-135s, you know, traditional ISR aircraft,” Bacon said. “There’s a push among some to go to all fifth-gen type of collection, capabilities, and penetrating ISR. But we know day in and day out, we do not penetrate China’s airspace, and we don’t penetrate Russia’s airspace. Right? So we still need some of that traditional ISR, because that’s what’s the bulk of our collection. So I guess my question is, are we keeping the right balance between the traditional ISR and penetrating ISR? And do you see a need to maintain some of these older platforms?”

Neither Nakasone nor Berrier offered any firm assurances on the RC-135 or other platforms. But they both expressed support for a broad range of ISR capabilities.

“With my Army hat on, coming out of the G2 job, there’s this balance between ISR in competition and ISR in conflict,” Berrier said. “And certainly, as we’re seeing this play out inside Ukraine, we would never fly those platforms into an envelope where they could get shot down or engaged. But certainly in competition, I think there is value for ISR platforms that can collect on the periphery and actually analyze and process that information.”

While ISR aircraft have been limited in where they can go since Russia began its invasion of Ukraine, those aircraft were in constant use in the lead-up to the invasion—flight trackers noted an E-8C JSTARS, an RC-135V and others flying in the region, presumably gathering intelligence.

What exactly that means for the future of the fleet remains to be seen, but Nakasone said the there will be a need for airborne ISR to complement future capabilities.