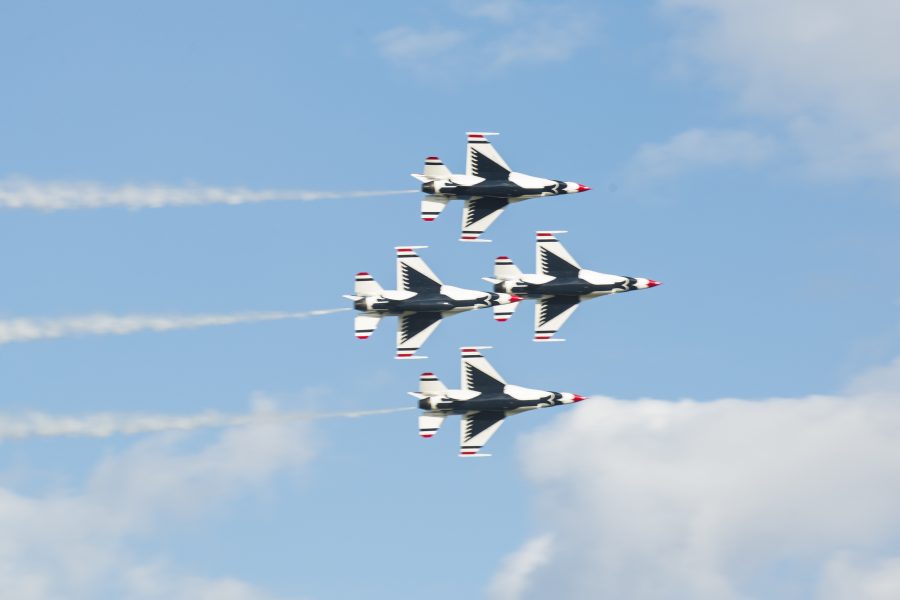 The Air Force’s Thunderbirds will kick off a nationwide tour honoring first responders and essential workers amid the COVID-19 pandemic on April 28 in New York, New Jersey, and Pennsylvania, flying alongside the Navy’s Blue Angels.

The “America Strong” tour will start around noon in New York City, followed by flyovers in Newark, Trenton, and Philadelphia. The teams will then move on to other cities across the country, with demonstrations occurring every one to two days, according to a Pentagon release.

“We’re excited to fly over cities across America as our way of saying thanks to the healthcare workers, first responders, and all the people who selflessly run into the breach working to keep America strong,” Air Force Chief of Staff Gen. David Goldfein and Chief of Naval Operations Adm. Michael Gilday said in a release. “This is also our way of showing that we are all in this together and that America’s spirit will prevail.”

The two teams, which have planned the mission for about a month, are urging people in each city to watch the flyover from their home quarantine and maintain social distance guidelines.

“We are truly excited to take to the skies with our Navy counterparts for a nation-wide tribute to the men and women keeping our communities safe,” said Lt. Col. John Caldwell, Thunderbird 1 and mission commander for the flyover. “We hope to give Americans a touching display of American resolve that honors those serving on the frontline of our fight with COVID-19.”