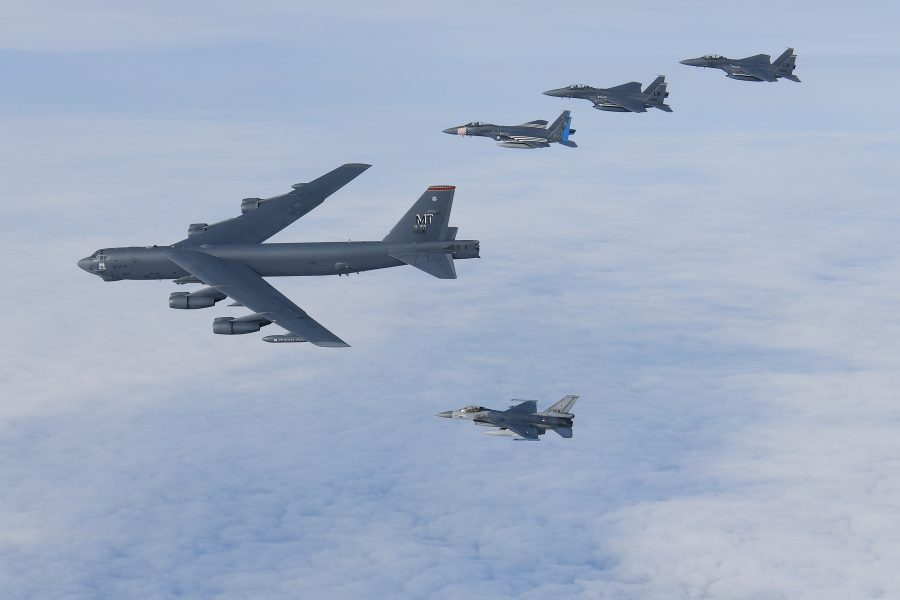 Three Nations, More than 50 Planes Train Together in ‘Point Blank’

More than 50 aircraft, including four different fighter types from three countries and two U.S. services, trained together in a large force exercise over the North Sea on Sept. 10.

The exercise centered on fourth- and fifth-generation defensive counter air integration missions, according to a 48th Fighter Wing release.

“Flying alongside fellow NATO nations over and around the UK in a complex war fighting scenario involving over 50 aircraft is exactly the sort of training that keeps our Royal Air Force sharp and ready to operate alongside our Allies whenever and wherever the call comes,” United Kingdom Minister for Armed Forces James Heappey said in the release.

For the Aviano units, the exercise was a chance to fly in a large force event within U.S. Air Forces in Europe and with the high-end capabilities of NATO nations, 555th Fighter Squadron Maj. John Hamilton said in the release.

The Typhoons flew as the aggressors, and simulated “the tactics and threats of our adversaries whilst challenging their colleagues in a series of complex air-to-air battles,” RAF Lossiemouth Station Commander Group Capt. Chris Layden said.

Point Blank is a regularly scheduled set of exercises involving NATO allies, which was initially postponed because of COVID-19 before starting again in May. Earlier in the year, U.S. Air Forces in Europe conducted large force exercises with just USAF units because of COVID-19-related restrictions.