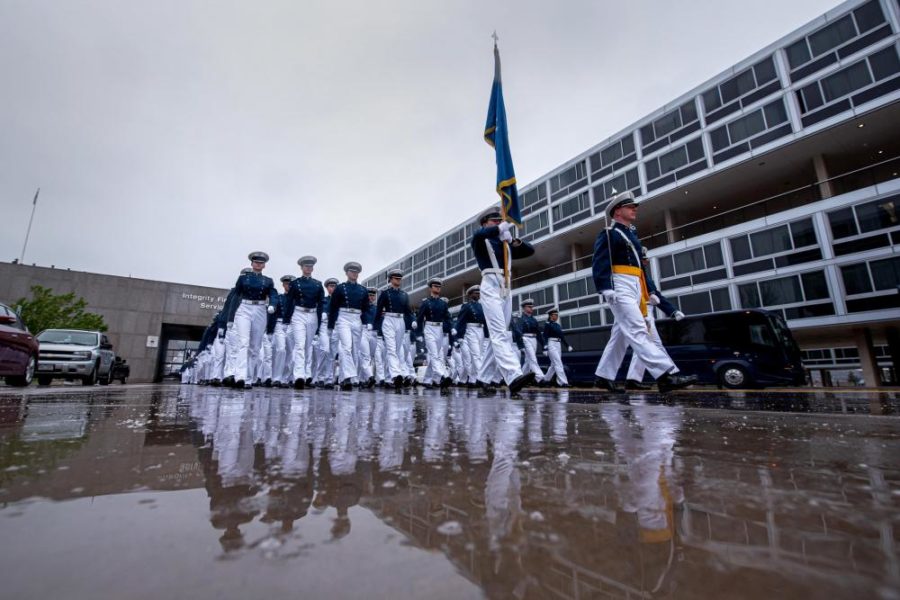 A grand total of 973 Cadets graduated from the U.S. Air Force Academy on May 25, with the vast majority commissioning into either the Air Force or the Space Force. But for three in particular, the day was destined to end with a degree but no immediate future in military service.

Those three Cadets have continued to refuse the COVID-19 vaccination, putting them at odds with Defense Secretary Lloyd J. Austin III’s order that all service members get the shot or receive an accommodation.

As a result, the U.S. Air Force Academy Board, made up of Academy leaders, decided during their standard review of the class of 2022 to let those Cadets graduate with a bachelor of science degree but not allow them to commission into the Air Force or Space Force, the Academy confirmed in a statement.

The statement, however, does include the caveat that the Cadets won’t be able to commission “as long as they remain unvaccinated.” Lt. Gen. Richard M. Clark, superintendent of the Academy, has set a deadline of Aug. 1 for Cadets to begin a COVID-19 vaccine regimen or face disenrollment, potentially leaving a small window for the refusers to reverse course.

Originally, the number of seniors refusing the vaccine was reported to be four, but one of the Cadets decided to take the vaccine.

Because of their inability to commission into the Air Force or Space Force, the three remaining Cadets could be on the hook to reimburse the government for their tuition costs, similar to how other Cadets removed from the Academy as juniors or seniors owe either service obligations or tuition repayment.

That decision, however, has yet to be made and will be determined by the Secretary of the Air Force, the Academy said in its statement.

According to the Department of the Air Force’s most recent statistics, the department has separated 399 service members over their vaccine refusals. Thousands more have seen their requests for religious accommodations be denied, leaving them with limited options—get the shot, appeal to the Air Force surgeon general, or start the separation/retirement process. If their appeal is denied by the surgeon general, as more than 2,700 already have been, the service members have five days to start the vaccination process or face separation.

The overwhelming majority of Airmen and Guardians, however, have gotten vaccinated—some 98.6 percent of those on Active duty.

Joining their ranks May 25 will be 937 Cadets commissioning as well as graduating—843 into the Air Force and 94 into the Space Force.

Also included in the graduating class are 16 international Cadets—appointees from foreign countries that have spent four years at USAFA.