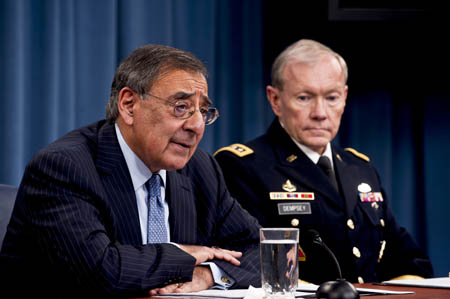 Defense Secretary Leon Panetta and Joint Chiefs Chairman Gen. Martin Dempsey on Thursday outlined the programmatic changes resulting from the Obama Administration’s new strategic defense guidance and the planned reduction of some $487 billion from the Pentagon’s budget over the next 10 years. Among them, the Air Force will:

At the same time, the Air Force will: