Skip to content
GE Aviation's partnership with the Defense Logistics Agency has helped drive up the availability of spare parts for its F110 engines from 85 percent to 96 percent. GE Aviation illustration.
Expand Photo 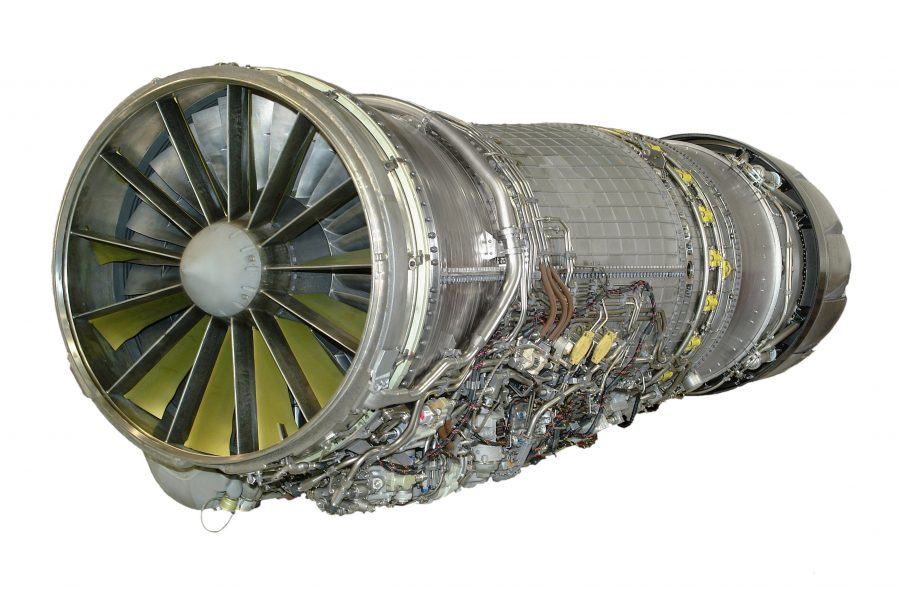 For every dollar the Air Force spends on new weapons systems, 70 cents goes to keeping them ready for action. For if, as Napoleon famously observed, an army “marches on its stomach,” then it can also be said that an air force flies on its sustainment system.

Spare parts—and the ability to rapidly get them delivered and installed at the point of need—are critical to this unsung and often invisible piece of the aviation ecosystem.

Will Roper, Air Force assistant secretary for acquisition, technology and logistics, sees opportunity in sustainment. That’s why he established the service’s Rapid Sustainment Office in 2018: He hopes to save half a billion dollars on maintenance spending by the end of this year.

GE Aviation’s “Captains of Industry” partnership with the Defense Logistics Agency is playing its part. The program seeks to improve aircraft readiness while driving down costs, says Scott Welsh, military materials operations director at GE Aviation. In the five years since it’s been running, the company estimates the government has cut its overhead costs by about 10 percent.

At Tinker Air Force Base, where GE’s F-series engines go for maintenance and overhaul, GE is on site, helping out. “When they break down one of those engines, and they need to replace a part, our job is to make sure that part is there.”

Many of these parts are long-lead-time components. “It’s not like going to AutoZone to pick up a part for your car,” says Welsh. With lead times that can be more than a year, GE materials experts have to be able to foresee and anticipate the future.

“Our people sit in on the production meetings at Tinker, providing eyes and ears in the customer’s shop to better understand what is happening, and what we need to do to help get those engines turned around as fast as possible.”

GE took over the supply chain for certain critical spare parts, agreeing to guarantee availability and shouldering responsibility for readiness should they fail to deliver.

“Our job every day is to understand consumption rates and make forecasts,” Welsh says. “How often is a particular part needed? How many will be needed? Then we send those signals down the supply chain so that when the guy or the girl turning the wrench on the shop floor goes to pull that part off the shelf, it’s there.”

For GE’s F-series F110, F101 and F118 engines, parts availability has risen from about 85 percent to 96 percent, according to Steven Knopping, the director of military services programs for GE Aviation.

“We take on their inventory,” Knopping says. The government doesn’t invest a dollar until it needs the part.

The COI contracts leverage GE’s expertise— “We can forecast our engines better than anybody else,” Knopping says, and ensure GE is invested in every outcome. As the system developer and parts supplier, GE gets increased visibility into the performance of every part.

With GE taking on the forecasting and logistics of getting parts ordered and delivered, government personnel are freed of managing a complex supply chain and can instead focus on repairs. And, as with GE’s commercial customers, having a long-term agreement in place incentivizes the company to design for maintainability.

“With GE’s commercial contracts, we really own the whole maintenance process,” Knopping says. “We do engine overhauls at our own facilities, using our parts and our people. It’s not the same with our government work, but by owning the supply chain, we make their job easier.”

“It’s a win-win because the better we do, the more supported the Warfighter is,” Knopping says. “That’s what we’re here for.”

The DLA and GE recently signed a deal to include the A-10 Warthog’s TF34 engine in that program.

Being creative about how to manage each product is part of the challenge. For example, GE and the Air Force have a commercial-style contract for the T-38’s JD85 engines because those aircraft don’t deploy overseas.

That kind of flexibility is part of GE’s customer-centered approach in every area it supports the government. “Every customer wants something a little different,” Welsh says. “What we’ve been able to do over the past five years is prove that we can flex and adapt to make the customer successful. That’s our goal. Whatever is best for the Warfighter is best for GE.”

The Air Force’s new trainer jet, the T-7A, has experienced issues with its ejection system in testing, forcing contractor Boeing and the service to re-baseline the schedule for the program and delaying production deliveries of the aircraft into the second half of 2024.