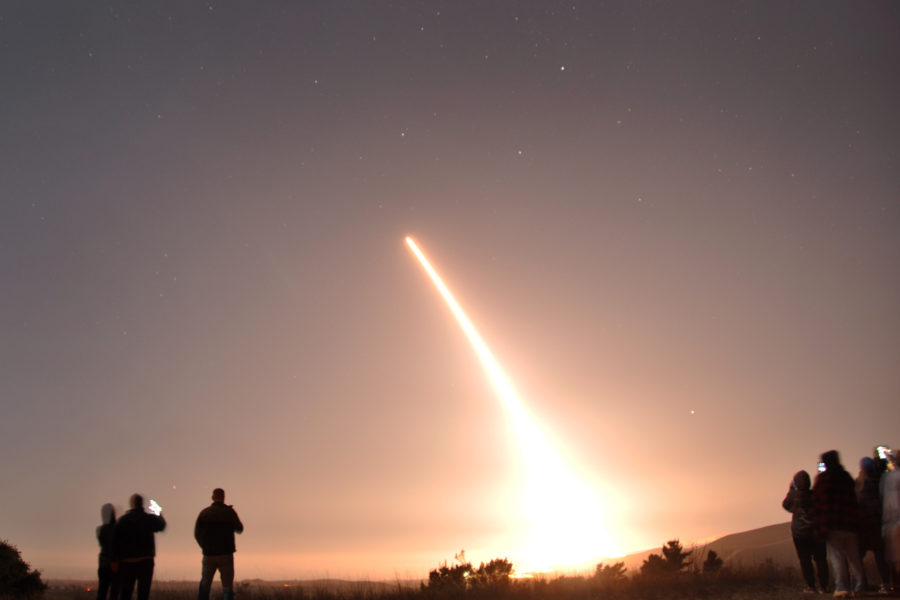 U.S. Strategic Command is struggling to find a deterrence model that will work for three comparably armed nuclear powers, but it is not seeking to match Russia’s new kinds of nuclear weapons, which aren’t covered under existing treaties, said Deputy Commander Lt. Gen. Thomas A. Bussiere.

The U.S. has “fairly coherent two-body deterrence models,” Bussiere said in a streaming seminar presented by AFA’s Mitchell Institute for Aerospace Studies. “We have decades of experience” within the Pentagon and academia providing a foundation for deterrence between the U.S. and Russia.

But as for a three-way Cold War that includes China, “that’s a dynamic I don’t think our nation has teased out,” he acknowledged. “That’s a challenge. … There’s some serious intellectual energy that needs to be applied to this problem.” He said the situation is on the minds of strategic leaders “24/7, 365.”

Bussiere reported that China is developing its nuclear capabilities at “a breathtaking pace” and has been conducting more ballistic missile tests, of various classes, than “all other countries combined.” China’s nuclear development is seeing “a rapid expansion, with purpose.” When pressed as to when “the crossover point”—when China actually deploys more nuclear weapons than Russia—will come, he said, “We believe, in the next few years.”

China and Russia have “different national objectives,” Bussiere noted, and need to be deterred differently. However, he also said, “We’re seeing indications that those nations are cooperating across different spectrums and presenting a cooperative deterrence model.”

Both China and Russia have “the ability to unilaterally escalate a conflict to any level of violence in any domain, in any geographic location, at any time, with any instrument of their national power. And I’d offer that we haven’t faced a … global situation like that in 30-plus years.”

China can no longer be viewed as a “lesser included case” because it will “soon surpass” Russia’s strategic capability. Yet, there is no framework under which to negotiate arms limits with China, and China has expressed no interest in creating one.

“We need to think about a deterrence theory that accounts for a three-party nuclear capability,” he noted. The U.S. invested “great intellectual input and energy” on bipolar deterrence 70 years ago and now needs to do the same for the new multipolar world.

“We need … a deep understanding of how we are going to deter two global nuclear powers that have global aspirations and impacts—and do that as we maintain the stability and provide extended deterrence,” he said.

China’s nuclear stockpile is still dwarfed by that of the U.S. and Russia, but Bussiere said, “We don’t approach it from purely a numbers game. It is what is operationally fielded, … status of forces, posture of those fielded forces. So it is not just a stockpile number.”

Bussiere admitted to being “baffled” by Russia’s development of new kinds of nuclear missiles, such as the nuclear-armed Kinzhal hypersonic missile and the Poseidon torpedo, which when launched against a coastline could cause a radioactive tsunami across a broad portion of a coastline. The U.S. has no analogous weapons, and Bussiere indicated there’s no plan to obtain them.

“I would not recommend that we try to develop in-kind systems,” he said, adding he can’t fathom why Russia would undertake their development “after agreeing to and extending the New START treaty.” But “it begs the question, why are they developing these capabilities? Why are they expanding their non-treaty accountable stockpiles?”

He said more discussion of this inscrutable development is needed among European NATO allies because it is a concern for countries in Russia’s “near abroad.”

Bussiere suggested “international attention to those exotic capabilities and [to] question the need, and why.” If the goal is to provide stability within different arms control treaties, “why would you need to develop those capabilities?”

But he doesn’t suggest answering those developments with something similar. Rather, “from a foundational [perspective], we need to make sure we have a safe, effective, and reliable triad that can provide a foundation of strategic deterrence.” He reiterated STRATCOM’s position that “we have bought all the operational margin in our current weapon systems that we can” and that life-extending the existing triad is neither cost-effective nor strategically desirable. He also emphasized that the existing nuclear arsenal can’t merely be decommissioned until the new one reaches service but instead must be kept “credible and reliable.”

Asked how the Army can help contribute to nuclear deterrence, Bussiere said he hopes the Army War College will contribute its “intellectual horsepower” to the discussion on deterrence in a multi-polar world “and continue to expand your capabilities and capacity that provide the conventional deterrence framework for approaching our adversaries.” The Army also has officers in STRATCOM who are “exquisite nuclear experts” who contribute to the mission “every day,” he added.