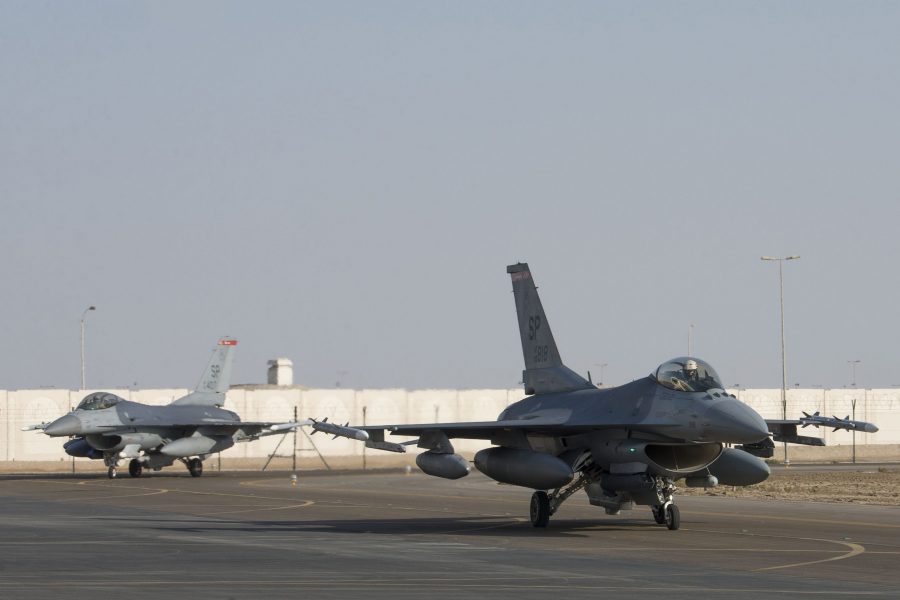 F-16s and Airmen from Spangdahlem Air Base, Germany, deployed to the Middle East last week under a “dynamic force employment” concept aimed at quickly moving forces around the world.

While at Al-Dhafra, the aircraft will train with regional allies and fly combat missions as part of ongoing air wars against the Islamic State group in Iraq and Syria and in Afghanistan.

“While deployed, the unit will conduct a wide range of missions, including combat operations and training with joint and regional partners, enhance the unit’s overall readiness and return to [U.S. European Command] better prepared to support future operations,” Guillot said.

The deployment to Al-Dhafra comes after the Air Force brought F-35As home following three consecutive Joint Strike Fighter deployments by Hill Air Force Base, Utah, units. It is the first DFE deployment to CENTCOM since F-16s from the 555th Fighter Squadron at Aviano Air Base, Italy, deployed in October 2019. That short-notice deployment came amid rising tensions from Iran, and the unit’s time in theater had to be extended because of the early stages of the COVID-19 pandemic.

The 480th FS deployment is one of the squadrons tapped to move from Spangdahlem to Aviano. However, Air Force officials say the timeline for the move has not been formalized yet.