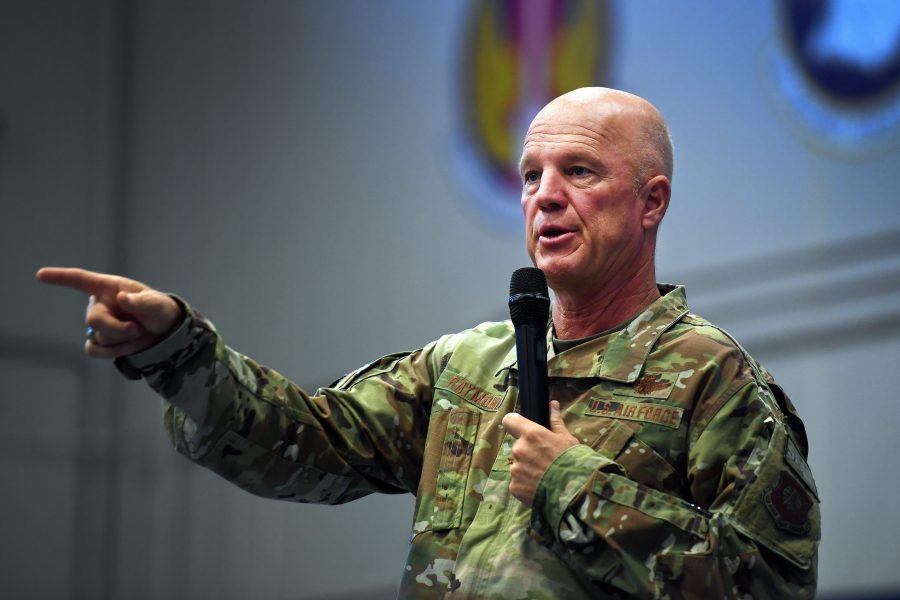 A Russian satellite is arousing suspicion at U.S. Space Command after sidling up to an American government satellite, then flying away to release what appears to be a weapon into orbit.

The July 15 incident appears to be a “a non-destructive test of a space-based anti-satellite weapon” from a satellite known as Cosmos 2543, SPACECOM said in a July 23 release.

The satellite was tailing a U.S. satellite identified earlier this year by TIME as a National Reconnaissance Office system that looks at foreign military installations. It eventually moved away from the NRO satellite over the course of the year, and fired the object elsewhere this month.

Air Vice-Marshal Harvey Smyth, head of the United Kingdom’s Space Directorate, called the object a “projectile with the characteristics of a weapon.”

SPACECOM did not answer which American satellite was involved in the encounter. U.S. officials did not report any damage to space systems.

“The Russian satellite system used to conduct this on-orbit weapons test is the same satellite system that we raised concerns about earlier this year, when Russia maneuvered near a U.S. government satellite,” said Gen. John W. “Jay” Raymond, U.S. Space Command boss and U.S. Space Force Chief of Space Operations. “This is further evidence of Russia’s continuing efforts to develop and test space-based systems, and consistent with the Kremlin’s published military doctrine to employ weapons that hold U.S. and allied space assets at risk.”

Russia calls Cosmos 2543 an experimental “inspector” spacecraft, but the U.S. believes it has a more sinister purpose.

“This event highlights Russia’s hypocritical advocacy of outer space arms control, with which Moscow aims to restrict the capabilities of the United States while clearly having no intention of halting its own counterspace program—both ground-based anti-satellite capabilities and what would appear to be actual in-orbit anti-satellite weaponry,” said Christopher Ashley Ford, assistant secretary of State currently performing the duties of the undersecretary for arms control and international security.

The Russian government has not publicly commented on the July 15 incident, which comes amid multiple close fly-bys by Russian aircraft near U.S. and coalition planes as well.

The Pentagon argues such events validate the decision to separate the Space Force from the Air Force, so space-focused service members can better fend off potential orbital threats. The U.S. is developing its own offensive space weapons, like a satellite signals jammer called the Counter Communications System.

SPACECOM recently instituted a new campaign plan that governs daily operations and can shape how the U.S. would respond in case of an attack. In the meantime, there may be a point at which the Pentagon decides to show off its own space weaponry.

In 2019, then-Air Force Secretary Heather Wilson argued enemies need to understand what capabilities they would be up against if they try to intervene with U.S. operations in space.

“They need to know there are certain things we can do, at least at some broad level, and the final element of deterrence is uncertainty,” she said of a demonstration of U.S. technology. “How confident are they that they know everything we can do? Because there’s a risk calculation in the mind of an adversary.”