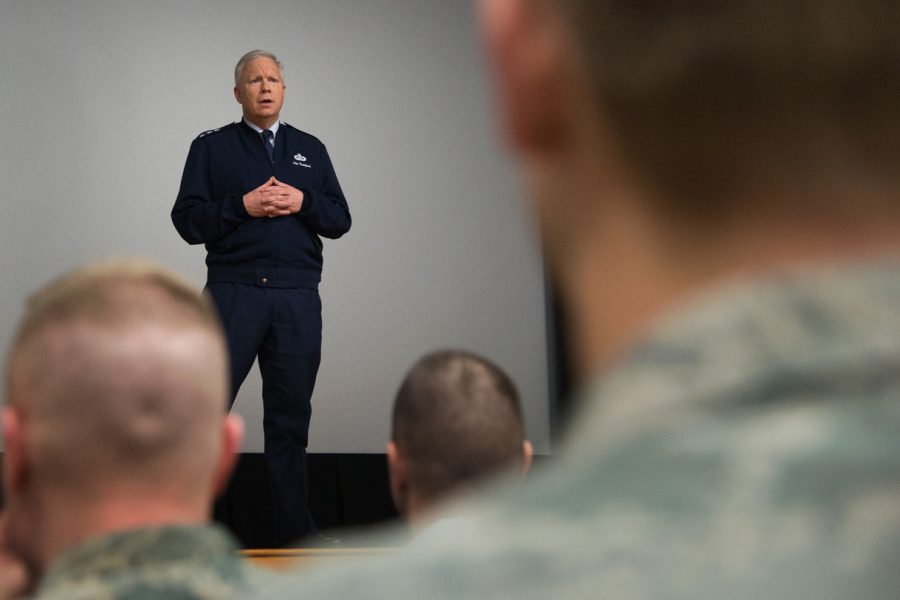 Space Systems Command to Stand Up Next Summer

Military officials are in the home stretch of making decisions that will shape a future Space Systems Command, as they look to stand up the new organization by early next summer.

Space and Missile Systems Center boss Lt. Gen. John F. Thompson said Nov. 20 the Department of the Air Force will sign off on a basic structure for the new command “in the next month or so.”

Like Air Force Materiel Command, Space Systems Command is envisioned as the Space Force’s umbrella organization that will oversee the entire life cycle of satellites, radars, and other technologies from research and development to sustainment and retirement. It’s one of three Space Force field commands set to run training, operations, and acquisition.

“We’re going through a deliberative process where we have several different, realistic courses of action for the establishment and activation of … Space Systems Command,” Thompson said at the Air Force Association’s Schriever Space Futures Forum.

SMC, which has managed the space inventory for decades, will be a key piece of the budding command. Other groups that are expected to join include the Space Force’s launch enterprise, its commercial satellite communications office, parts of the Air Force Research Laboratory, and the Pentagon’s Space Development Agency. Others from across DOD can join over time as the Space Force gains control over more Army and Navy department resources.

Streamlining the space software and hardware acquisition process across myriad offices is one major thrust of the Pentagon’s recent overhaul of its space enterprise. As other groups have stood up in the last few years, SMC has flattened its own bureaucracy. It wants to avoid more red tape as they join forces, to move faster and at lower cost.

“One of our priorities is really a robust cross-mission integration effort that involves multiple organizations, so you can assume going in that the SSC will do everything it can to try and better integrate the various space integration activities across the organization,” Thompson said. “Does that involve assigning organizations to us or having a stronger council-like role for other organizations?” That’s still to be decided, he said.

“Council-like” roles could mirror the existing Program Integration Council that brings together SMC, SDA, the Air Force and Space Rapid Capabilities Offices, Missile Defense Agency, and the National Reconnaissance Office to work on command-and-control and other space-related issues. It’s unclear how SSC and the Program Integration Council would interact with the Space Acquisition Council, an oversight panel that Congress created last year with many of the same players.

“It’s going to have people that need to work together, but are responsible for different phases of space vehicle or a ground segment’s life cycle,” Thompson said of SSC. “To effectively integrate those organizations and entities across the entire space acquisition enterprise, … I’m not telling anybody, ‘hey, this is going to be easy peasy.’”

“There is history, there is legacy, there is politics,” Thompson said. “There [are] money obstacles that we’re going to have to overcome to do this.”