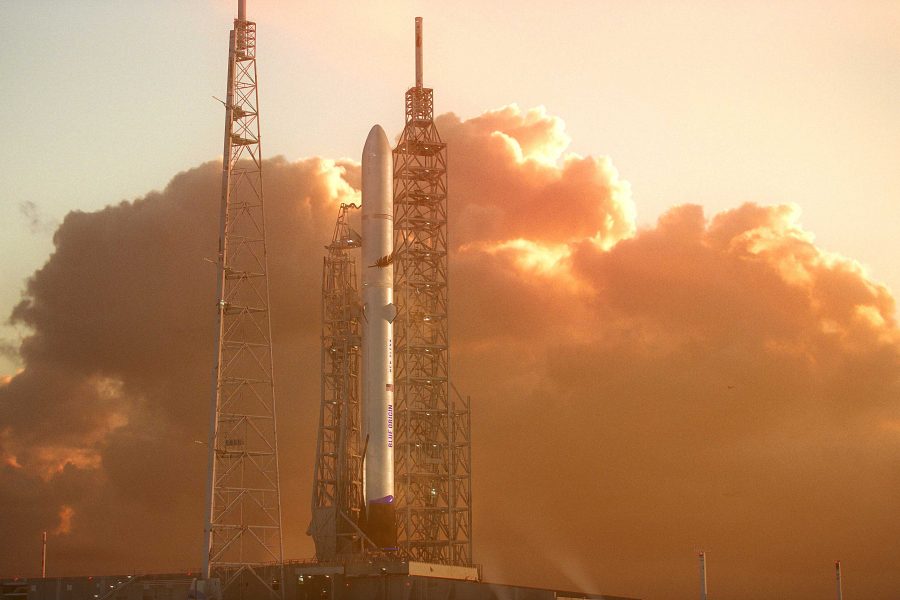 The National Security Space Launch program aims to hire two companies to carry military and intelligence systems into space through 2027, and it is exploring new ideas like reusable rockets. Blue Origin, SpaceX, Northrop Grumman, and the United Launch Alliance are vying for contracts as the Air Force tries to broaden its pool to include traditional defense contractors as well as commercial companies.

Blue Origin filed a protest with GAO in August, arguing that the Air Force’s solicitation was unclear, ambiguous, and discriminatory against new players. GAO sided with the company and recommended the Air Force amend its request for proposals.

“The government will make the two awards by deciding which combination of two independently developed proposals offers the best value to the government. This … does not provide a reasonable, common basis on which offerors will be expected to compete and have their proposals evaluated,” GAO’s Managing Associate General Counsel for Procurement Law Kenneth Patton said. “The other challenged provisions were reasonable and in accordance with applicable procurement law and regulation, and [GAO] therefore denied those protest allegations.”

The Air Force on Nov. 19 told Air Force Magazine it expects to award a contract for NSSL’s second phase in the third quarter of fiscal 2020, one quarter later than previously anticipated.

“We are pleased that GAO has validated the Air Force’s fundamental acquisition strategy and source-selection approach,” service spokesman Maj. Will Russell said when asked whether the Air Force will push back on the decision. “The Air Force is reviewing the single ground of protest sustained by the GAO and expects to resolve this issue definitively and expeditiously.”

Blue Origin has sparred with the military over the number of contractors that will be allowed to move on, and over the length of the contracts.

“Shortening the contract [from five years] may disincentivize providers from developing all the capabilities required to launch the entire manifest, resulting in niche providers and significant risk to maintaining a certified Category C launch capability,” a senior Defense Department official said. “This scenario could force the government to buy more Delta IV Heavy launch vehicles at an extreme cost.”

ULA is phasing out the Delta IV Heavy rocket in favor of newer designs.

NSSL is one piece of a Pentagon-wide effort to adapt to a space industry increasingly comprised of companies that cater to the public rather than the military. It is also a key part of the Defense Department’s push to populate the cosmos with hundreds or thousands of new satellites to boost communications, navigation, situational awareness, and other offensive and defensive capabilities.

Russell said it’s too early to tell what impact a continuing budget resolution—which would hold the Pentagon at 2019 spending levels and blocks the government from issuing contracts for new programs—would have on the NSSL program. The current CR runs through Nov. 21 and lawmakers appears likely to extend it into late December.

Will Roper, the Air Force’s acquisition chief, recently told reporters that a CR through September 2020 would be “debilitating” for the service’s space programs, particularly the classified new-start efforts that are hard to sell to the public.

“It’s just going to be a big setback for us,” he said.

The service’s most recent budget request asks for $1.2 billion to buy four launches under the program in fiscal 2020 and for $4.6 billion to buy 10 launches between 2021 and 2024. The Air Force wants $19.6 billion for 66 launches overall, according to 2020 budget documents, though the program also encompasses organizations like the National Reconnaissance Office, Missile Defense Agency, and the Navy.

“We want to thank GAO for their careful consideration of these serious issues, thoroughly reviewing the facts of the case, and recognizing the importance of ensuring evaluation criteria that are unambiguous and comply with federal procurement statutes and regulations,” Blue Origin Chief Executive Officer Bob Smith said in an email from a spokesman. “This is an important mission to Blue Origin, and we remain committed to our long-term partnership with the Air Force and to working with them as they address the GAO’s recommendations.”