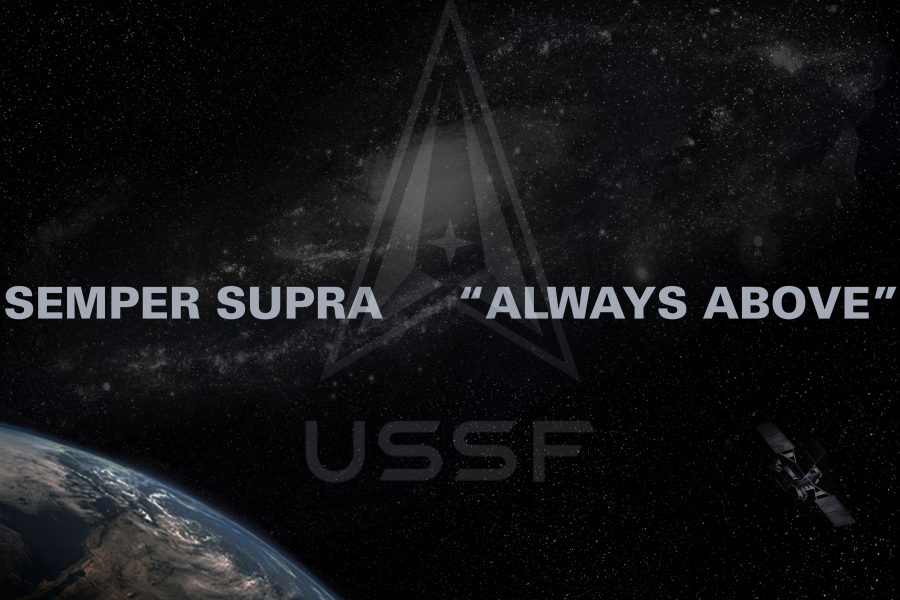 The Space Force is continuing its delta theme with a triangular new logo unveiled July 22.

The silver, arrowhead-like delta symbol honors the heritage of the Air Force and Air Force Space Command, the predecessor to the Space Force, according to a USSF release.

“The silver outer border of the delta signifies defense and protection from all adversaries and threats emanating from the space domain. The black area inside embodies the vast darkness of deep space,” the Space Force said. “Inside the delta, the two spires represent the action of a rocket launching into the outer atmosphere in support of the central role of the Space Force in defending the space domain.”

Four triangular, beveled compartments inside the delta represent the Air Force, Army, Navy, and Marine Corps. At the center is a four-point star meant to be Polaris, the North Star, to signify “how the core values guide the Space Force mission.”

The new logo is accompanied by a fresh motto as well: “Semper Supra,” or “Always Above.”

While many were quick to point out the symbol reminds them of “Star Trek,” or an upside-down Pontiac logo, the Space Force argues the delta is a longtime motif in military space. Deltas prominently feature on the Space Force flag and seal, as well as in the service’s organizational structure.

The flag displays a solid gray delta overlaid on a blue globe and black background, similar to the Space Force seal, which adds clusters of stars around the delta.

On organizational charts, deltas will replace wings as the mid-level echelon of command led by colonels.

The logo rollout is the latest step toward building out a unique Space Force culture as it separates its people and resources from the Air Force. While the Space Force sits within the Department of the Air Force, the space service aims to differentiate itself from the air service to solely focus on military activity in space.

Space Force officials have yet to announce what they will call their members as they move away from “Airman,” or how they will revamp the rank structure.