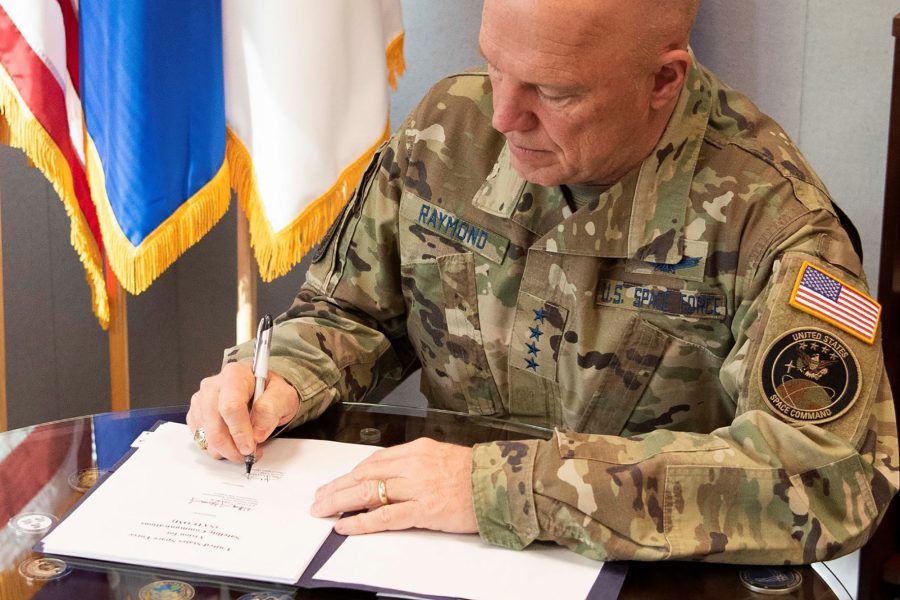 Chief of Space Operations Gen. Jay Raymond has signed into effect a new strategy for making satellite communications more resilient and effective as U.S. adversaries try to chip away at those capabilities.

The Pentagon has gradually consolidated SATCOM responsibilities over the past few years, first handing commercial SATCOM services procurement to the former Air Force Space Command in 2018 and then transferring narrowband SATCOM oversight from the Navy to the Air Force last May. The Space Force now oversees those efforts.

Satellite communications allow for everything from relaying information about nuclear weapons control to transmitting intelligence data to talking to weapons in flight. The military worries those systems are susceptible to signal jamming, hacking, and other attacks that would then hinder its ability to conduct combat operations on Earth.

“Despite the global, instantaneous reach of our SATCOM capabilities, which includes both military and commercial capabilities, the enterprise needs to improve its resiliency, robustness, flexibility, and manageability,” according to the strategy paper released Feb. 19. “We must prepare now to fight SATCOM as a single enterprise through a contested, degraded, and operationally limited environment, prevent or withstand loss, and continue to deliver effects to warfighters.”

That means giving satellite users the ability to hop between different systems and frequencies if one isn’t working or is already too crowded, quickly shooting new satellites into space if others are damaged, and transferring resources between programs in case of unexpected, urgent needs. Future SATCOM may entail greater numbers of satellites that provide more concentrated comms coverage to smaller areas, instead of spreading it out across wider ranges.

Officials also want to shrink the number of terminals by devising a common control system that can manage multiple kinds of satellites. The Defense Department operates more than 100 unique SATCOM terminals.

The vision paper cites studies dating back to 2010 that have described ways to improve the long-siloed SATCOM enterprise. The report pledges to deal with “capacity flexibility, terminal and network agility, cyber and link security, and data interoperability with joint C2 systems.”

“USSF has several immediate priorities to deliver the single, integrated SATCOM enterprise, including establishing a team of core experts who can analyze and orchestrate the multi-faceted enterprise. That team will quickly need to develop a roadmap to ensure near-term budgeting priorities are in-line with the SATCOM vision,” the Space Force said in a Feb. 19 release.

The Space Force wants to have a single software interface that spans its SATCOM systems so users can easily switch between satellites for better information flow. It also calls for a strategy for replacing Wideband Global SATCOM, which allows commanders overseas to control tactical forces and is also used by several other countries.

“USSF will continue engaging commercial partners to evaluate opportunities that may complement or possibly replace portions of a traditional military SATCOM purpose-built system,” according to the release.

The report adds that the Space Force will look to buy commercial SATCOM services by the byte for more flexibility, and build its own constellations and payloads when the private sector doesn’t already have products for certain frequencies, coverage areas, or capabilities. It also leaves the door open to hosting military payloads on commercial and allied satellites “when financial and operational advantages are apparent.”