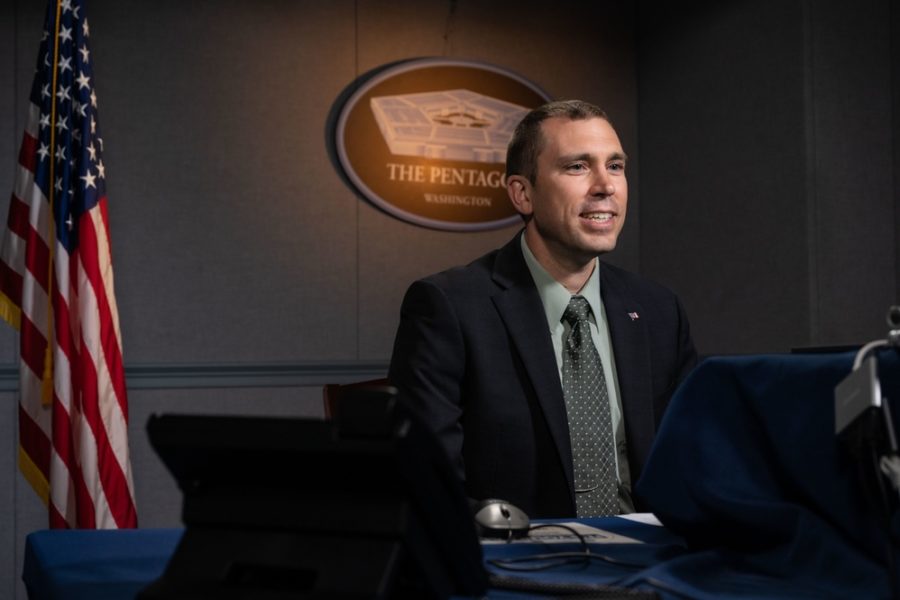 Space Development Agency Aims for 2-Year Cycle in Rolling Out New Capabilities. Is It Fast Enough?

When it comes to developing and deploying new technologies for the Space Force and other space-focused units in the Defense Department, the Space Development Agency wants to be more like a cell phone maker and less like an aircraft manufacturer.

Derek Tournear, director of the SDA, made the comparison Oct. 7 at Politico’s virtual Defense Forum, explaining the difference in the process for rolling out technological improvements.

“The biggest difference is the spiral times, and … how long it takes to get new capabilities out there—cell phones every year, automobiles, new models every year but realistically major changes every five years, and aircraft, 40 years is really when you get a new big design,” Tournear said.

For the SDA, which is currently in the process of transitioning from the Office of the Undersecretary of Defense for Research and Engineering to the Department of the Air Force, that means regular updates every two years, utilizing innovation from the fast-expanding commercial space market.

“We want to get new capabilities in the hands of the warfighter every other year. We are doing that based on a completely new architecture, hundreds of satellites—and we did not develop that technology; that technology was developed primarily from the commercial enterprise to commoditize space,” Tournear said. “So what we want to do is leverage that development and take that and be a fast follower, rather than trying to drive what happens in the market.”

But Tournear’s goals and plans have at least one influential skeptic. Rep. Jim Cooper (D-Tenn.) has long been an advocate for the U.S. to lead in space and even joined forces with Rep. Mike Rogers (R-Ala.) to propose an independent “Space Corps” in the 2018 National Defense Authorization Act. And speaking during the same panel with Tournear on Oct. 7, Cooper criticized the SDA plan as too slow and too dependent on the commercial sector.

“With all due respect to Derek, what he was calling for in his remarks a second ago, being a fast follower or taking commercial technology and reusing it for the government—there are other aspects of the federal government that do not take that approach,” Cooper said. “Now, they’re largely secret, but they try to lead the rest of the world, commercial and governmental, by a decade or more. We need a similar approach in space.

“And to offer our warfighters new tech every two years, that may sound good, but my guess is that sounds slow to Elon Musk, or Jeff Bezos, or small companies like Relativity Space that are now 3D-printing their own rockets, something heretofore unimagined by our Air Force and other friends. So we’ve got to be tougher, faster, bolder, and I’m really not seeing that like I would like to see it.”

Tournear clarified that the two-year cycle is based off SDA’s plan to launch tranches of satellites—“tranche 0” will be launched in the coming months, with a larger “tranche 1” expected to follow in 2024, which is “essentially as fast as industry can produce those components,” Tournear said.

Beyond that, he added, there’s nothing holding the agency from going faster at the moment—but he also voiced concern that that could change as the transition to the Department of the Air Force continues.

“There is a fear that as we get merged in—as the SDA gets more entrenched within the department—there is a fear that we will be slowed down because there’ll be an increase in bureaucracy and oversight that doesn’t give you a lot of return on investment,” Tournear said.

Cooper closed his comments by also emphasizing the need for speed, especially in building up the military’s satellite architecture, adding that his fear of a “Pearl Harbor in space” is growing.

“We could be blind, deaf, and dumb—and spastic and incontinent and impotent—if our near-peer adversaries were to launch such a surprise attack,” Cooper said. “For decades, our Air Force launched satellites without any protection whatsoever. That was a mistake. We’re realizing that mistake too late. And I’m worried that what we’re hearing from SDA and other elements will make it worse. [It’s] really not putting fear in the bones of our near-peer rivals.”