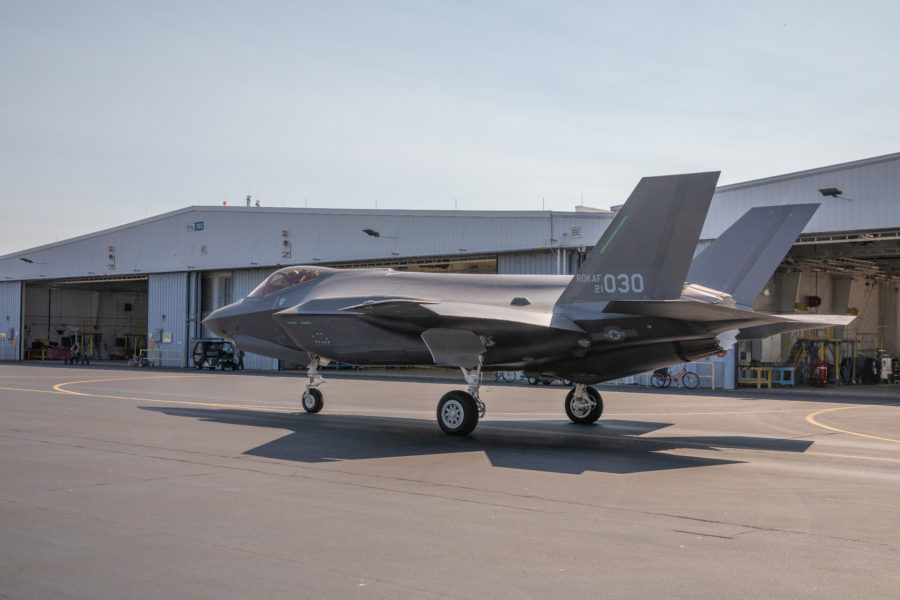 A South Korean air force F-35 pilot was forced to make an emergency “belly landing” but managed to escape unharmed Jan. 4, according to multiple media reports.

The incident was caused by “avionic system issues,” South Korean air force officials told news agency Yonhap, which caused the landing gear to malfunction and resulted in the pilot landing on a runway with the gear up.

Before the landing, a fire engine deployed a special foam on the runway, “which prevented the jet’s fuselage from sustaining any serious damage,” officials added. The full extent of the damage has not been reported.

The emergency landing occurred around 1 p.m. local time at a South Korean base in Seosan, some 70 kilometersfrom Osan Air Base. According to media reports, it is the first known instance of a belly landing by an F-35 since the U.S. began selling the fifth-generation fighter to partner nations.

South Korean officials have reportedly said they are suspending flights for all its air force’s 30-plus F-35 fighters while it investigates the emergency landing.

There have been other incidents involving allies and partners in the F-35 program—members of the Japan Air Self-Defense Force have had to make at least seven emergency landings in F-35s, news agency Nikkei reported. There was also a nighttime crash into the ocean in April 2019 that killed a Japanese pilot.

More recently, a British F-35B crashed just after takeoff from an aircraft carrier in November 2021, falling into the Mediterranean Sea.

U.S. Air Force pilots have also dealt with problems. In May 2020, a pilot at Eglin Air Force Base, Florida, crashed while landing due to excessive speed, as well as issues with faulty flight control logic, the helmet-mounted display, the jet’s oxygen system, and ineffective simulator training. A month later, an F-35A’s landing gear collapsed at Hill Air Force Base, Utah.

In addition to South Korea and Japan, U.S. ally Australia also operates F-35As in the Indo-Pacific, and Singapore is slated to receive F-35Bs starting in 2026.