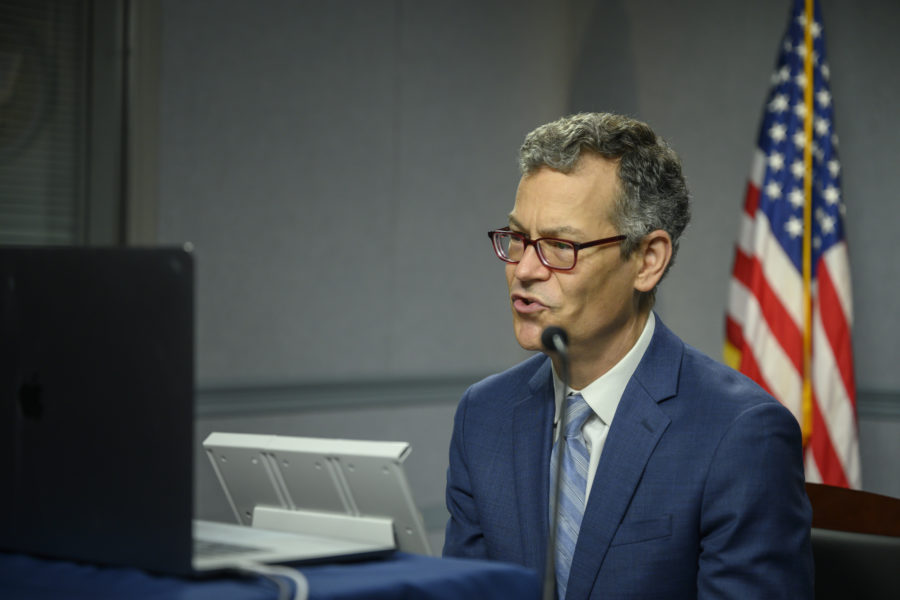 President Joe Biden still hopes to shift to a “sole purpose” policy for nuclear weapons in the future, even as his administration’s new Nuclear Posture Review preserves the U.S.’s longstanding policy of “flexible deterrence,” a top Pentagon official said Aug. 5.

Undersecretary of Defense for Policy Colin Kahl, speaking at a side event at the United Nations’ 10th review conference on the nonproliferation of nuclear weapons, also promised that an unclassified version of the Nuclear Posture Review will be released “in the relatively near future.” A classified version and a brief summary were released in March.

The three-paragraph summary concluded by stating that the U.S. would only consider the use of nuclear weapons “in extreme circumstances to defend the vital interests of the United States or its allies and partners.”

That marked a walk-back from Biden’s pledge on the campaign trail to formally declare that the U.S.’s sole purpose for having nuclear arms is deterring or responding to a nuclear attack. A sizable group of Democratic lawmakers had also lobbied Biden after he became president to state in the NPR that the U.S. would never use nuclear weapons first in a conflict.

Republicans, on the other hand, vocally opposed such a move, as did allies and partner nations, according to media reports.

Complicating any potential changes in nuclear policy are the threats posed by both Russia and China. During the course of its invasion of Ukraine, Russia has repeatedly raised the threat of using its nuclear arsenal, and China has recently engaged in an expansion of its nuclear capabilities that Pentagon officials have called “breathtaking.”

And so, while “a sole purpose declaratory policy has long been supported by President Biden … the NPR concluded that now is not the time for making that change,” Kahl said. Such a decision ensures “continuity and stability” in U.S. nuclear policy, he added.

At the same time, “we retain the goal of moving towards the sole purpose declaration in the future, and the NPR makes that clear,” Kahl added. “And we will work with our allies and partners to identify concrete steps that will allow us to do so. We also continue to adhere to a negative security assurance not to use or threaten to use nuclear weapons against non-nuclear weapon states that are party to the [Non-Proliferation Treaty] and are in compliance with their nuclear non-proliferation obligations.”

There is also uncertainty regarding China’s goal for its nuclear arsenal, Kahl said. Previously, the Pentagon had estimated that the Chinese had 200 nuclear warheads and would double that number by 2030. More recently, however, those estimates have jumped to 700 warheads by 2027 and 1,000 by 2030. Kahl said that the final number could wind up “quadrupling” what China has now.

All the while, the U.S. and China have not engaged in substantive arms control or strategic stability talks akin to the New START treaty between the U.S. and Russia, Kahl confirmed.

The countries’ leaders, Biden and President Xi Jinping, have mentioned the possibility of such talks in their conversations, Kahl said. But thus far, there has been no follow through.

Instead, tensions are rising over House Speaker Rep. Nancy Pelosi’s recent visit to Taiwan, which has sparked an intense backlash from China including military exercises surrounding the island, as well as an announcement Aug. 5 that the Chinese military was cutting off communications with their American counterparts.

“Mature responsible nuclear powers don’t cut off military to military contacts and communication in the midst of heightened tensions. They don’t do that because it increases the prospect for misperception and miscalculation,” Kahl said.

The Pentagon's Civilian Harm Mitigation and Response Action Plan details nearly a dozen objectives creating institutions and processes to reduce the likelihood of civilian casualties. But critics say the plan’s objectives may do more harm than good, creating extra layers of bureaucracy for planners and operators to navigate, and that it…