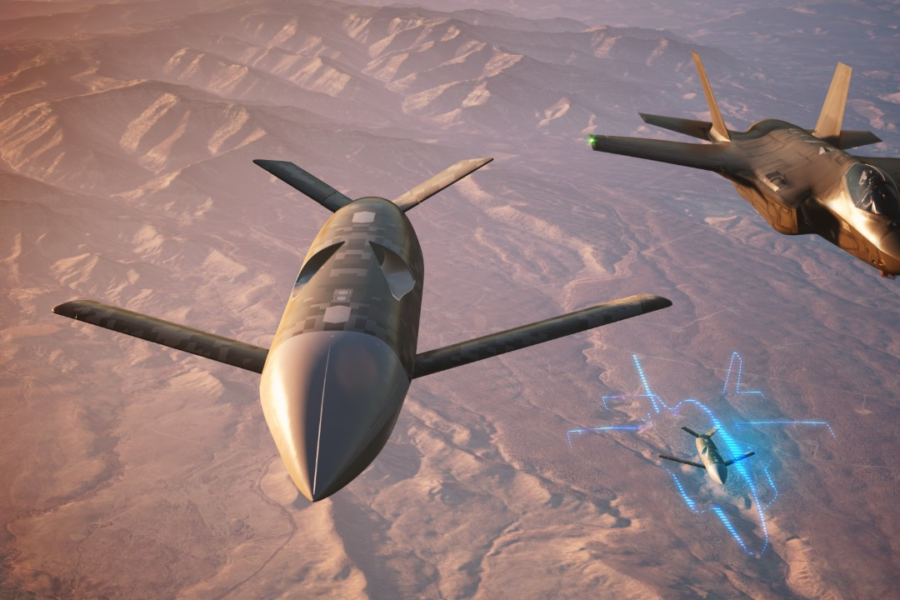 Lockheed Martin will soon begin a campaign of flight tests of its “Speed Racer” uncrewed air vehicle, aiming for an expendable, modular, multipurpose vehicle that will cooperate with the F-35 and cost well below $2 million a copy, the director of the company’s Skunk Works division John Clark said Sept. 14.

Speaking from Skunk Works’ Palmdale, Calif., headquarters on a call with defense reporters, Clark said flight testing will begin “in the near future”—tests in which the Speed Racer will be captive-carried at first; then, in later tests, released from an unnamed mothership. Clark anticipated multiple flight tests before the end of 2022. He emphasized that none of the flights will be a one-off “stunt” but instead one in a series of tests that will each demonstrate aspects of the concept, to be followed not by similar-level flights but by leaps in capability.

“It will be a … systematic build-up” of capabilities demonstrated on each test, he said.

The $100 million invested in various enabling technologies such as artificial intelligence, autonomy, low-cost manufacturing, and other disciplines form the foundation for a production program. Clark said the goal is a vehicle costing “considerably less” than $2 million a copy but going beyond the Modular Air-Launched Decoy system in that it could serve both as an extension of the F-35’s sensors— performing sensing, electronic warfare, or other missions—as well as a decoy. He would not be more specific due to the competitive nature of the program.

Lockheed Martin has paid particular attention to human interaction with collaborative vehicles, building a series of programs that account for the variables in how humans interact with such machines, Clark reported.

The concept also builds on the Rapid Dragon experiments in which the Air Force dropped a pallet of autonomous air vehicles out of the back end of a C-130 or similar aircraft, creating an airborne network of sensors and shooters, Clark said.

In later tests of Speed Racer, multiple vehicles could fly at once. Clark mentioned a four-ship collaborative formation as one concept being studied.

To keep costs down—not only acquisition costs but operations and sustainment—the Speed Racer vehicles are not meant to be recovered, but if the modular nose is carrying a particularly valuable sensor, that one could be retrieved with a parachute system, Clark said, “so, ‘optionally recoverable.’”

The aim is to populate the “long-range kill web,” Clark said.

The Air Force has been briefed on Project Carrera and has offered the company suggestions about where the service is going on manned-unmanned teaming, Clark reported. The service has asked that whatever the company comes up with in terms of operational analysis of such systems, that it share with the Air Force and some of its key suppliers, Clark said.

He reiterated some of the points he made in a presentation in August, emphasizing that Lockheed Martin’s analysis concludes that a vehicle that simply flies alongside or near an F-35—sometimes called a “loyal wingman”—doesn’t provide much operational value and is not “cheap,” he said. Flying well ahead of or away from the F-35 and performing related autonomous missions is more effective, he said. It also allows the expendable craft to carry lower-cost sensors and meet the desired price point. Some Speed Racer-type vehicles could undertake roles such as electronic warfare as part of the collaborative formation, he said.

“You may see some other vehicles” participating in the test flights, Clark noted. He said the tests will not take place at Palmdale.

The company may allow press coverage of test flights “when the time is right,” Clark said.