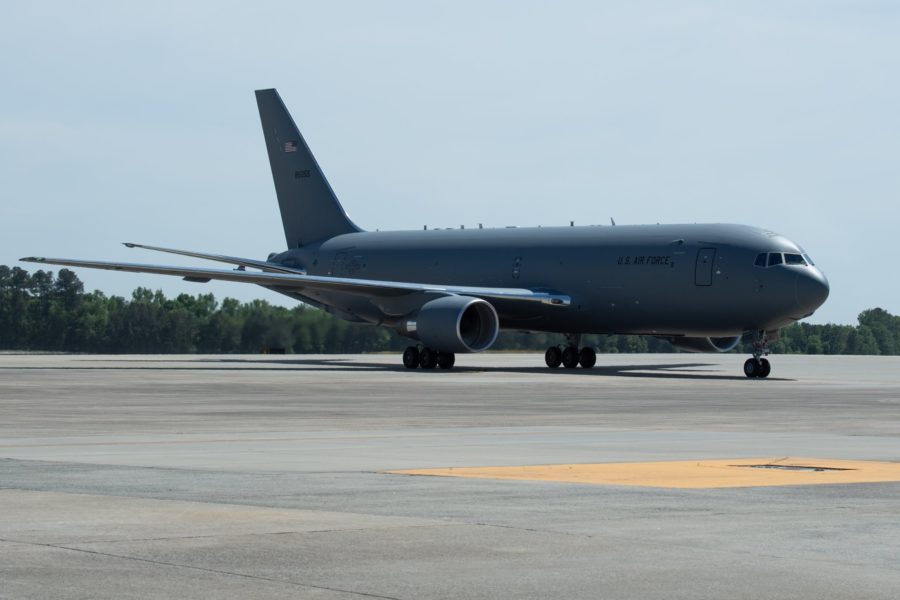 The KC-46, tail number 18-6055, brings the wing’s total fleet of KC-46s to six, the wing announced. The delivery—the first since early February—means the Air Force has accepted three of the aircraft so far this year.

The Air Force Life Cycle Management Center told Air Force Magazine on April 13 that Boeing had not been able to “present aircraft in a delivery configuration to support planned/potential delivery dates for March and April” and said there was “moderate risk” for the April 30 delivery.

Boeing, in a statement, said it was “working to deliver KC-46 aircraft at a pace that meets the needs of the U.S. Air Force.”

Air Mobility Command said in February it had slowed the rate by which it would accept the aircraft because they are not yet fully operational and there is a lack of qualified crews to fly them. Meanwhile, the command announced that it would free up some KC-46s for limited operational missions as assigned by U.S. Transportation Command. TRANSCOM has said this could happen as soon as June.