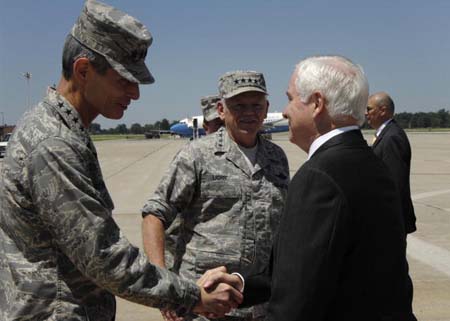 e month of anticipation, President Bush yesterday formally nominated Gen. Norton Schwartz to be the next Air Force Chief of Staff, the Pentagon announced. Defense Secretary Robert Gates recommended Schwartz, currently head of US Transportation Command, to the White House back on June 9 to succeed Gen. Michael Moseley after both Moseley and Michael Wynne, then-Air Force Secretary, resigned on June 5 in a leadership shakeup driven by Gates. Moseley’s retirement ceremony is today, after which he will be on terminal leave until his official retirement date of Aug. 1. Wynne’s last day was June 20; Michael Donley has been in place since then as Acting Secretary. Bush sent Donley’s nomination to the Senate on June 26.