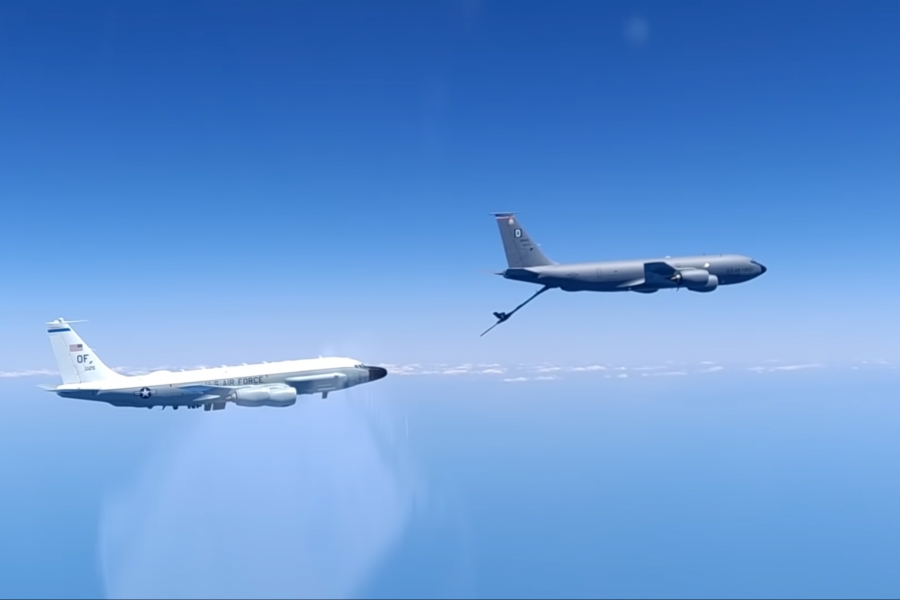 Russian aircraft on June 26 again intercepted U.S. aircraft in international airspace, this time USAF and U.S. Navy reconnaissance planes along with a refueling tanker operating in the Black Sea. The intercept is at least the eighth interaction between U.S. and Russian aircraft across the globe within the last month.

The Russian Ministry of Defense released a video showing a Navy P-8, along with a USAF KC-135 refueling an RC-135 reconnaissance plane over international waters. The MOD said an Su-30 fighter from the country’s Southern Military District responded, and “approached from a safe distance” to identify the aircraft, according to a translated version of the statement.

Neither the Defense Department nor U.S. European Command immediately responded to requests for comment.

The aircraft, once intercepted, changed direction away from its original heading toward Russia, the MOD alleges. The Su-30 then returned to base.

It is the second intercept in the Black Sea region in about a month. On May 29, Russian Su-27 and Su-30SM fighters intercepted USAF B-1s that were flying with Ukrainian Su-27s and MiG-29s in the area.