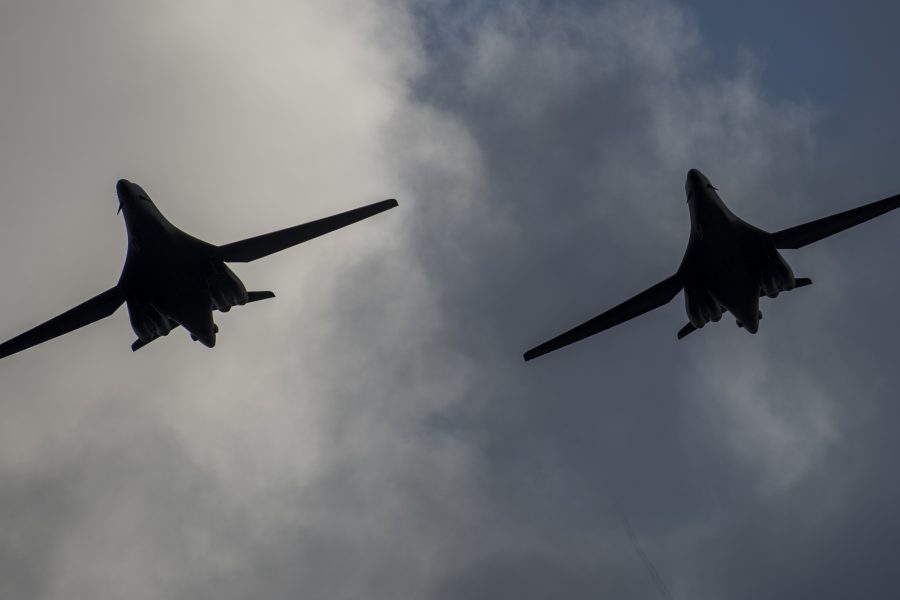 Russian aircraft intercepted two B-1 bombers over the Bering Sea on Oct. 20, the Russian Defense Ministry announced on Twitter.

“MiG-31 interceptors and Su-35 fighters from the Air Defense Forces on duty in the Eastern Military District escorted two U.S. Air Force B-1B strategic bombers over the Bering Sea,” the ministry wrote in a Russian-language caption that accompanied footage of the intercept on YouTube.

Once the American bombers were detected, the Russian tails took flight to meet them, the caption explained. The aircraft headed back to their “home airfield” after the B-1s turned away from the Russian border.

Pacific Air Forces on Oct. 21 confirmed that two of its B-1s were tasked in the area at the time of the alleged interaction.

“Four B-1 Lancers are currently deployed to Anderson Air Force Base, Guam, for a rotational Bomber Task Force to the U.S. Indo-Pacific Command,” PACAF public affairs wrote in an Oct. 21 email to Air Force Magazine. “We can confirm that the intercept … was deemed as safe and professional.”

The Russian intercept came a day after F-22s assigned to the North American Aerospace Defense Command intercepted a Russian air package consisting of two Tu-95 Bear bombers, a pair of Su-35 flankers, and an A-50 Mainstay AWACS aircraft off the coast of Alaska.

The Oct. 20 intercept is at least the second time this year that Russia intercepted U.S. military aircraft within a day of their own tails crossing into the Alaskan Air Defense Identification Zone.