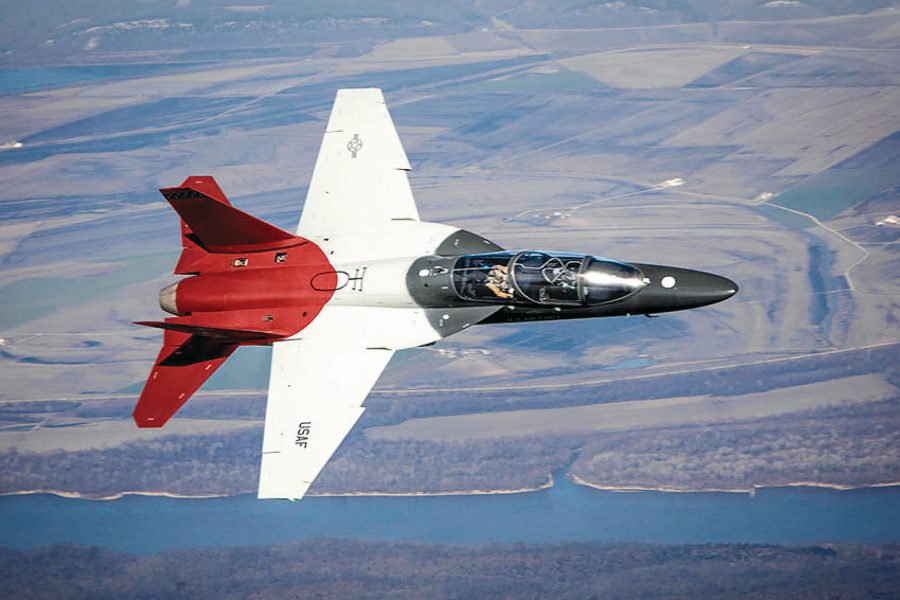 The era of “three-day critical design reviews” of Air Force programs may be ending with the advent of digital design and development methods, Gen. Duke Z. Richardson, head of Air Force Materiel Command, told attendees at an industry conference.

Speaking at AFMC’s Life Cycle Industry Days in Dayton, Ohio, Richardson said digital design is “changing everything,” including the lengthy processes of advancing programs to their next milestone.

“This is completely transforming how we’re doing systems engineering,” Richardson said of the new technology. Delegating decision-making to “the lowest level” and having a constant, up-to-date digital model or twin of the system that all interested parties can review will likely “end these cataclysmic, three-day critical design review events where I’m at a table with all these drawings—like I’m supposed to notice if there’s [something] missing. C’mon. That’s no way to do business.”

Design reviews “I think are going to eventually become a thing of the past because they happen all the time; every single day. We’ve got programs that are doing this now, where we have design reviews happening as a normal part of the workday.”

Richardson said “we’ll probably still have something like a CDR where people like me go and give it the stamp of approval, but really, it’s been going on the entire time.”

Also wiped out will be the contract data requirements list, because they’ll be no need for “waiting for something to plop on my desk … the CDRL is happening all the time. And so the schedule” is being updated all the time.

“It’s a mind shift,” he said, and he is strongly encouraging all AFMC people involved in contracting to take training in the technology, but not enough are yet doing so, he said.

The same thing is happening with testing, he said: There’s “traceability of test verification,” and “if we do the models right, we can actually do more virtual-world testing and less real-world testing.”

All this translates to faster manufacturing, Richardson said, pointing to the example of Boeing’s T-7 trainer, which went together “with an 80 percent reduction of labor hours. It’s just fantastic.”

He also admonished contractors that “if you’re in the defense industry, you need to start examining how that might change your manufacturing operations.”

Richardson said he “loves” that digital technology is “pushing a lot of manufacturing off the critical path, and it expands the industrial base. If you’re a small business, these sorts of methods allow you to play in a much larger way.” Manufacturing can be “moved off premises and get more sources involved.”

The benefits are “just so pervasive,” Richardson said, adding that he can’t think of any “cons.”

Richardson said his audience should take away from the conference the understanding that digital materiel management “applies to new systems” such as the Sentinel intercontinental ballistic missile, the Next Generation Air Dominance fighter program, and the T-7 trainer but also applies to “our legacy systems, like B-52 commercial re-engining or F-15EX. We’re not digitizing the entire aircraft in those cases, we’re digitizing the parts” that are coming in for improvement or change “in a larger way.”

However, for small modifications, “frankly, this doesn’t make sense. I’m not trying to say this fits everywhere. But if it’s a moderately-sized [modification], this is important, and we should be doing it,” Richardson said.

He challenged the defense industry to “get on the bus, or you’re going to get run over by the bus.”