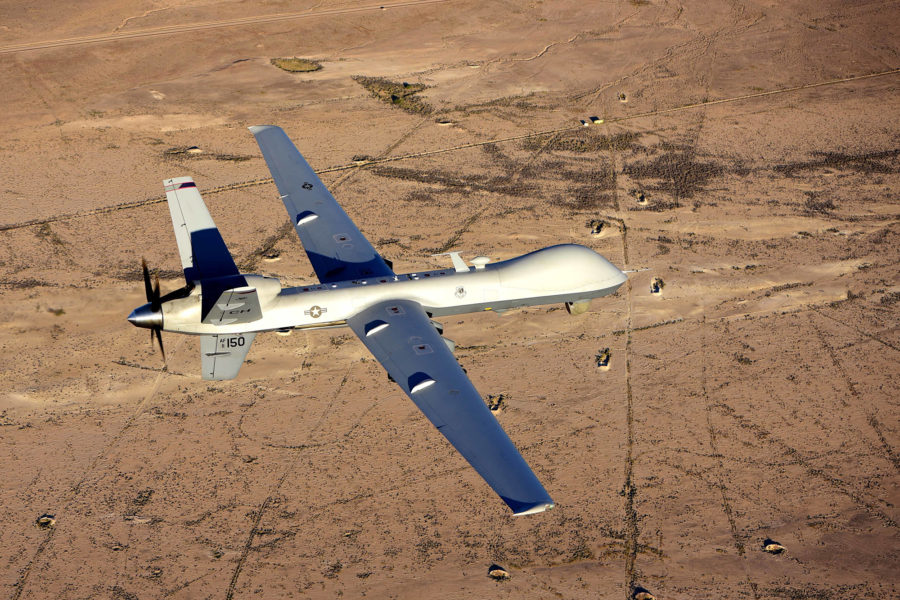 Retire the MQ-9 by 2035? Not So Fast, Defense Analysts Argue

The Air Force needs to reconsider its plans to retire the MQ-9 Reaper by 2035, given the drone’s capabilities and potential uses when measured against financial constraints and mission demands, defense analysts from four different think tanks argued Nov. 19.

Experts from the Mitchell Institute for Aerospace Studies, RAND Corp., the Center for Strategic and International Studies, and the Hudson Institute, speaking at a virtual event, all agreed that the MQ-9’s useful life is far from over, even as the Air Force proceeds with modernization plans for continued divestment in the platform.

“From a cost perspective, for me, this is kind of a slam dunk,” said Todd Harrison, director of the Aerospace Security Project at CSIS. “If you want to look to retire platforms in the Air Force inventory, I can give you a list of things you ought to start looking at, and [the MQ-9] is not on that list.”

The Air Force has announced some upgrades for the MQ-9 in the coming years. But ultimately, the plan is still to start retiring the fleet, which is the largest fleet of remotely piloted aircraft in the USAF’s inventory, starting in 2030 and finishing by 2035.

The reasons for that, argued retired Maj. Gen. Lawrence A. Stutzriem, director of research at AFA’s Mitchell Institute, are two competing factors—the Air Force’s need for modernization and the limits of the budget.

Right now, the service is pursuing or procuring new fighters, bombers, tankers, and intercontinental ballistic missiles, in addition to its drone fleets. All of those efforts will cost billions, but the Air Force’s budget continues to lag behind the other services, and the Pentagon’s overall budget is not expected to grow significantly in the coming years.

With limited funds and numerous priorities, Air Force leaders have adopted a strategy of asking to retire older “legacy” platforms to free up money for newer programs. The MQ-9 has been caught up in that push, Stutzriem said, which is a mistake.

“Yes, retiring the Reaper frees up some money,” said Stutzriem, who wrote a policy paper on the MQ-9 for the Mitchell Institute. “But from a cost per effect … what you can do with this for the lowest cost per flying hour is extraordinary.”

The argument for moving on from the MQ-9, observers have noted, is its lack of survivability in contested environments. Such a deficiency seemingly puts it at odds with the Air Force’s need to modernize to keep pace with China.

But such a mindset ignores current realities, both Harrison and Stutzriem said—demand for the MQ-9’s intelligence, surveillance, and reconnaissance capabilities across combatant commands remains strong.

“There is an insatiable demand for ISR right now,” Harrison said. “And that is only going to continue to increase in the future. So the Air Force has actually got to be asking itself, how is it going to meet that demand or even try to meet some fraction of that demand? If you’re in a budget-constrained environment, you’ve got to be looking at cost-effective ways of meeting that demand out into the future. We’re talking steady state, peacetime demand that is a driver of this right now. It’s not just in CENTCOM, it’s in INDOPACOM. It’s in SOUTHCOM. It’s in AFRICOM. It’s all over.”

And even beyond the current demand for ISR in environments where the Reaper can perform its duties, the MQ-9 could take on a broad range of new missions with relatively affordable investments and upgrades, Stutzriem argued, including:

In particular, the MQ-9 has more to offer than some think in a potential conflict with China, said Bryan Clark, director of the Center for Defense Concepts and Technology at the Hudson Institute. While it won’t be flying over “downtown Beijing,” as Stutzriem noted, it can operate in the Indo-Pacific region to monitor and warn of incoming threats, going places where the U.S. may be reluctant to send manned platforms such as the Air Force’s E-3 AWACS or the Navy’s E-2 Hawkeye.

“The MQ-9 can provide you that passive surveillance platform to give you a network that provides the [airborne early warning] capability we need in that long gap that’s going to emerge between the Chinese coast and the places where E-3s and E-2s can operate,” Clark said. “That airborne early warning capability could be sufficient to give you the warning you need of an incoming missile attack or an incoming bomber attack.”

The key to enabling these new uses is innovation, Stutzriem said, citing “that principle of strategies that you can use old things, current things, in powerfully new ways if you’re creative about it.” And the best way to go about finding creative solutions, argued Caitlin Lee, associate director of the Acquisition and Technology Policy Center at RAND, is to trust the Airmen currently flying the Reaper to adapt.

“They’re in the best position to do this. They’re first movers, early adopters, and they are an essential source of bottom-up innovation in the service,” Lee said. “So the Air Force leadership needs to do what’s necessary here, which is support continuing to produce and fly the Reaper, and also support the people who fly these airframes every day in combat, and who are just absolutely critical for any kind of unmanned innovation going forward.”