Skip to content
The Air Force is testing the possibility of tapping into commercially provided space Internet via satellites like SpaceX's Starlink constellation, shown heading into orbit in May 2019. SpaceX photo.
Expand Photo 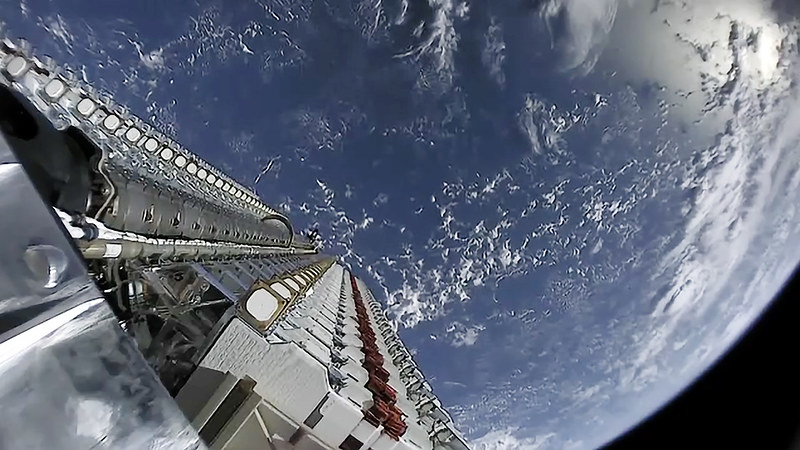 SpaceX reported that its Starlink satellite internet service was jammed in Ukraine after the start of the war, and Viasat reported hackers attacking its satellite internet service there around the same time. In the wake of Russia’s debris-generating test of a ground-launched anti-satellite weapon in November 2021, operators with satellites in low Earth orbit saw risks increase as more than 1,500 new pieces of debris were scattered in that region.

The Russian act intensified calls to establish norms of acceptable behavior in space, and the U.S. government pledged not to perform any future debris-generating tests in space.

To help inform efforts to establish norms, the not-for-profit Aerospace Corporation’s Center for Space Policy and Strategy studied other areas where civil and military activities converge. The study, “Commercial Normentum: Space Security Challenges, Commercial Actors, and Norms of Behavior,” published Aug. 23, notes that commercial satellites could make attractive targets in a space war and suggests that commercial operators should be involved in the issues raised as a result. The paper lists factors for companies to weigh when deciding whether to take an active role in establishing norms and ideas for how they might do so.

Aerospace’s Robin Dickey, the report’s author, writes that commercial participation in establishing security norms could be more important in space than in other domains because “the physics of debris propagation in space make it much harder to limit the effects of any single accident or conflict.”

Adding to the complexity and risk is the emerging intermingling of civil and military uses of satellite assets. The Space Force is increasingly interested in incorporating commercial constellations and data into its activities, both as a means to extend situational awareness and to ensure resilience in space in the future. Chief of Space Operations Gen. John W. “Jay” Raymond has called America’s and allied space industries a “great advantage” and said the Space Force must harness and leverage the “explosion of business that’s going on.” Commander of U.S. Space Command Army Gen. James H. Dickinson has said he is most interested in how commercial space firms can improve space domain awareness.

Dickey draws comparisons with past instances in which militaries targeted civilian property, organizing them into three categories:

Dickey makes the case, in part, that because companies have a stake in space security, they should also get a say in establishing the security-related norms that might otherwise seem like the purview of governments.

But because norms will only work to deter bad behavior according to the extent that they’re accepted around the world, Dickey concedes that they may prove most useful in justifying a response—“providing a legal of political point around which other space actors can rally if a state goes rogue.”

Practices such as establishing minimum cybersecurity standards for satellites; transparently sharing mission data between the commercial sector and governments—even competing ones; and implementing formal lines of communication in case of problems all could help protect satellites and avert disaster.

Establishing normative behavior does not assure that satellites will never fall prey to military attack or collateral damage, Dickey notes. Norms “should not be the only approach to mitigating potential threats. However, they can be an important piece of the larger puzzle.”