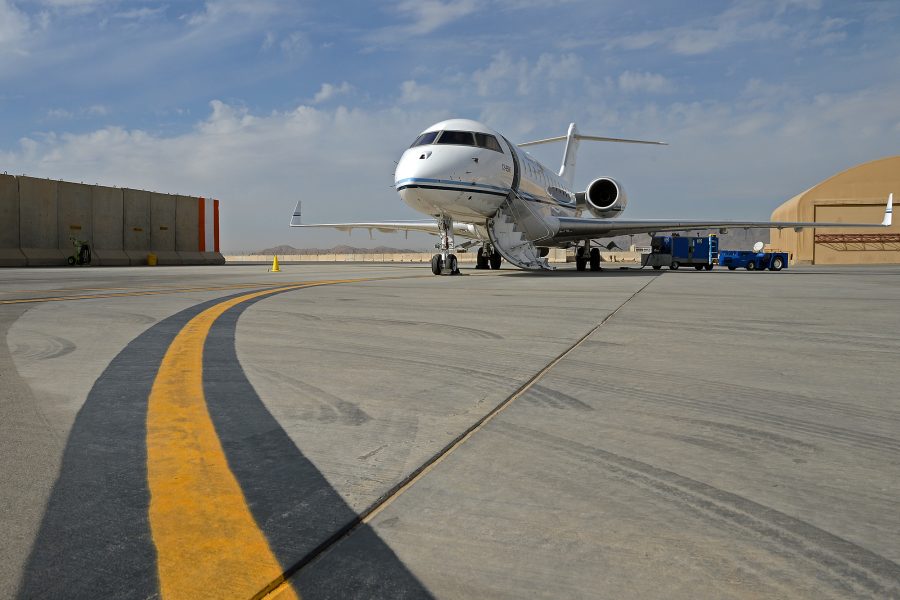 Remains of the two crew members aboard the E-11A Battlefield Airborne Communications Node aircraft that crashed this week in Afghanistan were recovered Jan. 28, a US defense official confirmed.

At first, Afghan special forces couldn’t reach the site of the crash—a snowy field in Ghazni Province north of the aircraft’s operating base of Kandahar Airfield. The site is in a Taliban-controlled area, and helicopters were unable to land shortly after the crash because insurgents were nearby, The Washington Post reported.

US Forces-Afghanistan said in a statement following the crash there were no indications that hostile fire downed the manned plane.

A US defense official confirmed to Air Force Magazine that two people were onboard the aircraft when it crashed, despite earlier reports that the E-11 was carrying more.

“The remains were found near the crash site, treated with dignity and respect by the local Afghan community, in accordance with their culture,” US Forces-Afghanistan said in a statement.

US forces also recovered the aircraft’s flight data recorder, then destroyed the rest of the aircraft, which carries sensitive equipment, the defense official said.

The Defense Department will release the names and service details of those who were killed in the crash once their families are informed.

The Air Force flies just four E-11A BACN aircraft, operated solely by the 430th Expeditionary Electronic Combat Squadron in Kandahar. The aircraft is outfitted with specialized communications equipment to act as a “node” that transmits information for ground troops and connects with other data links for forces in the area. The aircraft constantly flies over Afghanistan to ensure safe communications for US and coalition troops.