Skip to content
An MQ-9 Reaper drone, like one shown here in 2018, was damaged when it overran the runway at Holloman Air Force Base, N.M., on Sept. 2, 2020. Air Force photo by Staff Sgt. Timothy Young.
Expand Photo 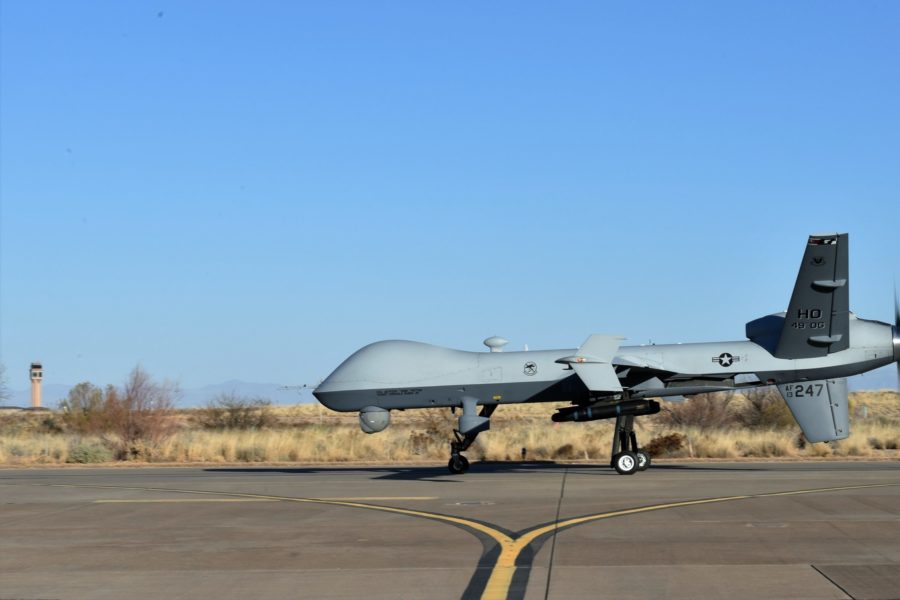 The 49th Wing at Holloman said no injuries had been reported and access to the base was not affected, according to preliminary information released by email.

First responders were “on the scene to ensure safety and security,” and the cause of the crash was under investigation.

A Reaper assigned to the wing was damaged in a previous accident when it skidded off the runway Sept. 2, 2020, also during a takeoff attempt.