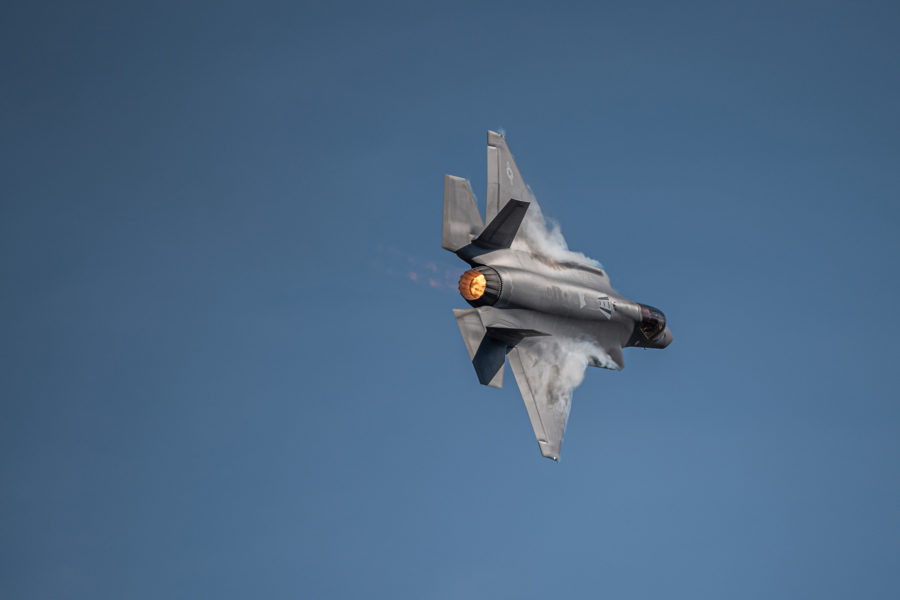 Re-Engining the F-35: How GE’s AETP Could Boost Speed, Payload, and Range

Fighter jet engines are an inherent compromise. If you want more power, you pay by giving up range. Want more range? It’s going to cost you in power. Each generation of jet engines has dealt with this unbreakable rule.

But maybe there really is another way to meet that challenge.

GE’s work in the Air Force’s Adaptive Engine Technology Program overcomes that inherent trade-off by incorporating the ability to change the power dynamics on the fly. Its XA100 engine can reconfigure itself in flight to produce power of greater efficiency.

“The Air Force came to the conclusion in the early 2000s that with the existing fighter-engine technology, trying to squeeze out the next incremental improvements in legacy architecture wasn’t going to get them where they wanted to go,” said David Tweedie, general manager for Advanced Combat Engines at GE Edison Works. “They determined they needed a generational leap in propulsion capability.”

Getting more efficiency out of the turbofan engines that power the F-15 Eagle and F-16 Fighting Falcon, and now the F-35 Lightning II, didn’t seem possible. The Air Force needed another solution. Now, 14 years after the Air Force began adaptive cycle engine technology programs, GE says it has an answer that’s ready to deliver that generational leap in capability—not just an incremental improvement—for the F-35A and F-35C.

“The F-35 is a great aircraft,” Tweedie said of the aircraft Air Force Chief of Staff Gen. C.Q. Brown Jr. dubbed the “cornerstone” of the Air Force fleet earlier this year. “What our engine offers is drop-in capability that significantly enhances F-35 capability, providing huge returns on the Air Force’s investment.”

The XA100 enables a 30 percent increase in range, 20 percent increase in acceleration, and doubles the engine’s thermal-management capacity. The engine’s advanced materials provide increased durability and readiness in harsh operating environments. All these improvements align with Air Force and F-35 Joint Program Office objectives to increase the capability of a jet that’s flown around the world.

“The F-35 is what our allied partners are going to fly for decades to come,” Tweedie said. Those allies need range. “The XA100 helps overcome the tyranny of distance.”

A second-order effect of extending range and loiter time is less demand for tankers and the ability for tankers to stay further away from contested airspace. There’s also another advantage to the engine’s fuel efficiency: less fuel means less CO2 put into the atmosphere, a growing consideration as the military looks at options to reduce its carbon footprint.

“There’s already a significant amount of Air Force and GE money invested in this technology and the XA100’s design,” Tweedie said. “The engine is not a concept. We’ve successfully tested one engine and are currently testing the second, and the data we’re gathering continues to validate the engine’s unmatched capability.”

“What that amounts to is the XA100 as the lowest-risk solution with the shortest timeframe to bring dramatic capability improvements to the warfighter.”