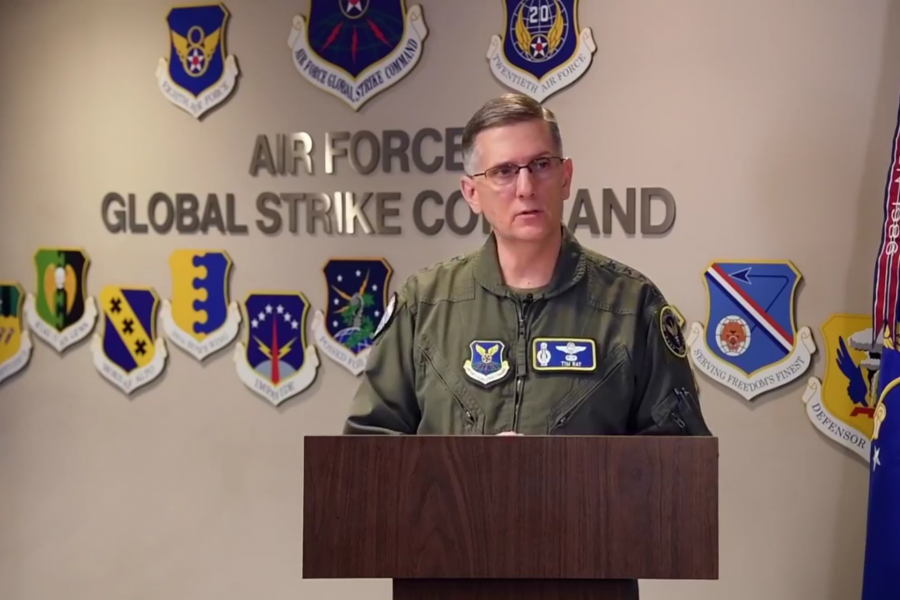 “We’re in a long-term, strategic competition with two realist, autocratic nations with existential arsenals at their disposal, and they do not share our worldview about how things should operate,” Ray said in pre-recorded remarks that aired during the 20th Nuclear Triad Symposium, noting that this contest has “significant stakes.” AFA’s Mitchell Institute for Aerospace Studies cohosted the symposium with the Louisiana Tech Research Institute and the Cyber Innovation Center.

Ray said Air Force Global Strike Command is “attaching” itself to bestselling author and motivational speaker Simon Sinek’s concept of “the infinite game” in order to revolutionize its approach to great-power competition.

Consequently, if the U.S. is truly going to play “the infinite game” in its quest to best China and Russia on the great-power battlefield, it has to think like a chess player, acknowledge the game board that exists before it—versus the one it’d prefer to see—and strategize accordingly, Ray said.

“When we consider now that we have a Russian competitor, where only a portion of their arsenal is fully … modernized and covered by a treaty. We have a Chinese competitor, where none of their arsenal is covered by a treaty and, certainly, their ambition to match us as a nuclear near peer in the future. We have to reconcile that contextual reality very differently than we’ve done,” he said. “We don’t have the luxury of picking our context. And I think that’s really important.”

Ray said this paradigm shift also requires the U.S. to consider China’s burgeoning identity as “a nuclear-armed adversary” that wields “multi-domain threats” and comprehends “the full nature of the competitive space” when brainstorming how to compete with it in the Pacific.

Ray added that while he entered 2020 expecting China to stick to its minimalist approach to nuclear deterrence, he now firmly believes it’s left those reservations behind.

He said the nation now needs its “brightest minds” to help it “reconcile that particular reality.”

“Now, when you consider the real facts in front of us, the burden of proof on whether or not we need to modernize our triad in light of the Chinese—that’s not on me anymore,” he said. “That’s actually on … those who think we can do something differently in light of all those contextual realities. And as I said, again, you don’t get to pick your context; that context is now unequivocably given to us, and we have to think accordingly.”