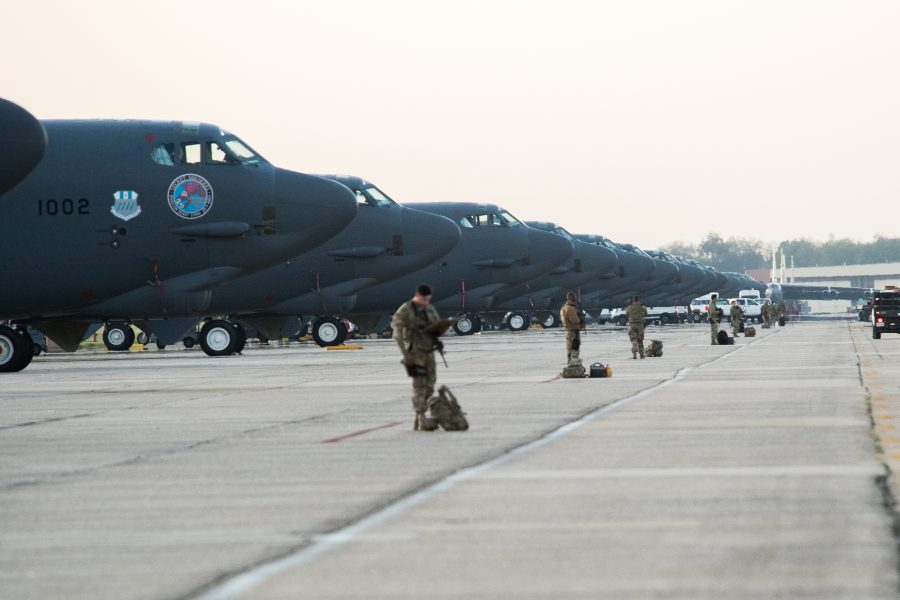 Air Force Global Strike Command needs to beef up its planning and advocacy for its future intercontinental ballistic missile and long-range bomber if it wants to successfully modernize its enterprise in an era of financial and technological challenges, the nonprofit research organization RAND Corp. said in a new report.

Over the next few decades, the Air Force plans to bring on the Ground-Based Strategic Deterrent, Long-Range Standoff Weapon, and B-21 bomber “after decades of near neglect” of older nuclear assets, RAND researchers wrote. Global Strike is also receiving new helicopters and moving forward with an overhaul of nuclear command, control, and communications systems.

“Nuclear-specific tasks related to testing and certification have not been performed at scale for many decades and will need to be relearned and revised for the current conditions,” the report said. “The sheer scale of the programs is daunting. And this ambitious set of programs will be fielded by [AFGSC], a relatively young command with a relatively small staff that has limited experience in fielding new systems.”

Others like the Air Force Scientific Advisory Board also have warned of cybersecurity, electromagnetic resilience, and other testing and certification challenges ahead. RAND suggests that nuclear certification reviews should be part of acquisition milestone decisions to ensure nothing gets overlooked.

Analysts recommend the Air Force create master plans for its land-based missiles and bombers that help define the steps needed to work through modernization from start to finish. The issues at hand are not new, RAND noted, but the nuclear workforce has become smaller and less experienced in the decades following the Cold War.

“These master plans would adopt a strategies-to-tasks framework to show a detailed decomposition of the means by which each of these missions will be sustained over time and how these systems contribute to national-level objectives,” according to the report. “The Air Force should use this strategies-to-tasks framework for its nuclear roles to strengthen the coordination of advocacy across the Air Force.”

RAND recommended that Global Strike, which turned 10 years old in August, should reach out to other major commands like Air Combat Command to learn from their experiences in buying and fielding new systems. The report also advises the command to establish a larger presence in the Washington, D.C., area to grow its influence over decisions that affect nuclear priorities.

At the same time as it prepares to bring on new systems, Global Strike is juggling sustainment of its current missiles, grappling with maintenance challenges for the worn-down B-1 and the B-52, which is expected to fly for 100 years, and eyeing retirement for the B-1 and B-2.

“The nuclear modernization effort is happening in a tight fiscal period with some opposition to various nuclear systems in favor of other national priorities,” the organization said of the multibillion-dollar programs. “AFGSC will need to sustain legacy systems, field new systems, and manage the sometimes complicated transition between them. It is vital not only that strategic nuclear systems operate, but that the exact specified number be available or on alert at all times.”