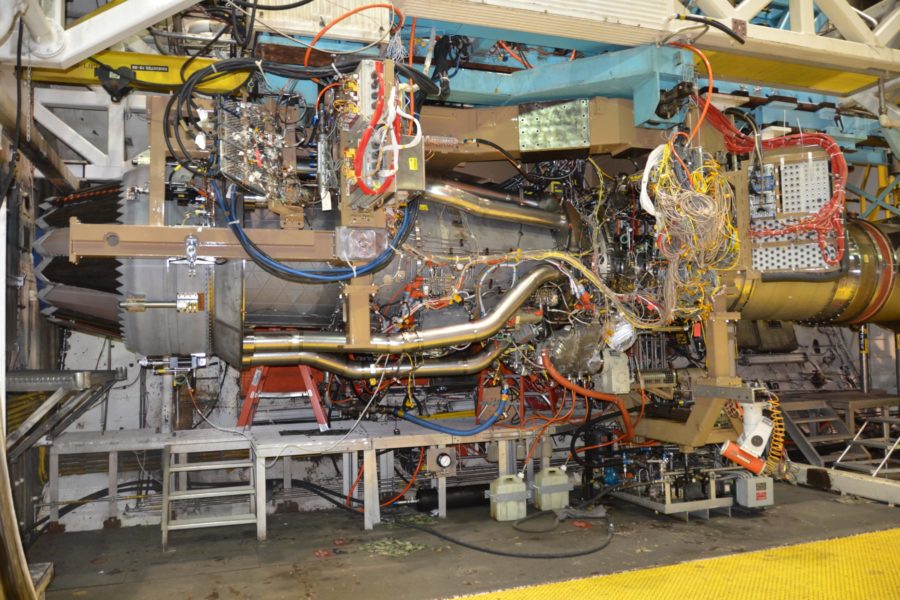 Pratt & Whitney is testing its new XA101 Adaptive Engine Transition Program powerplant and expects to conclude testing its two examples by the end of next year, company military engines division president Matthew Bromberg revealed in an interview. He expects that two-thirds of the technology developed from AETP could find its way into earlier engines now flying with the Air Force.

The company is “thrilled” to have two options available for the Air Force and F-35 partners to choose from for an upgrade to the fighter’s propulsion system, Bromberg said. GE Aviation has developed the XA100 AETP engine as a competitor to Pratt & Whitney’s version.

Testing of “our first new fighter engine in 30 years … was successful,” Bromberg said. The first XA101 and its twin will shuttle back and forth between Pratt & Whitney’s facilities and the Air Force’s Arnold Engineering Center in Tullahoma, Tenn., for the next year or so, generating more data. The Air Force and F-35 Joint Program Office will use the data to help decide whether the F-35 should get an all-new powerplant—one of the AETP engines—or take Pratt & Whitney up on its offer of an enhanced version of the F135 engine already in the F-35 fighter.

Pratt & Whitney succeeded in achieving the AETP’s goals, which were to obtain 10 percent improvement in thrust and 25 percent improvements in both fuel efficiency and thermal management, Bromberg said. “We know we can do that,” he said.

“Job 2” is to determine whether the engine will last, and further testing will assess Pratt &Whitney’s use of new materials, created both in traditional ways and through additive methods, to demonstrate that the powerplant can go “years between scheduled maintenance events.” Continued testing will assess how those “structures and materials are performing,” he said.

However, “we’re not going to test everything you would do in a full-blown” engine development program, he said. “We’re going to test items we want to risk-reduce; we want to make sure we understand how the engine will perform at this point in the program.”

The intent of the AETP was “always … to create a sixth-generation propulsion system and an adaptive engine,” Bromberg said. “Now the debate is focusing on modernizing the Joint Strike Fighter. And we think it’s a good time to have that debate.”

Bromberg said he expects that up to “70 percent … of the technologies we’ve developed in the adaptive architecture … will go into other engines as derivative technologies.” This will not include the third-stream adaptive technology itself, but the materials, accessories, and “other mechanical systems” that go with the engine, Bromberg said. “It’s a big part of how you drive efficiency of the engine and control the entire cycle.”

He cautioned that these technologies would need to “buy their way in” to upgrades to the F100 and F119, used on the F-15 and F-16, and F-22, respectively, but “two-thirds-ish could be leveraged” for those earlier systems, and “obviously, every future engine that we design will leverage that entire technology suite.”

The AETP achieves better thrust while also improving fuel efficiency by adding a third air stream, which can also be used for cooling. Air Force and JPO leaders have said they will need more thrust and cooling in the F-35 in order to get full capability out of the Block 4 version of the fighter, set to start coming off the production line in 2023.

The House Armed Services Committee, in its markup of the 2022 National Defense Authorization Act, directed the JPO to develop a plan for mating AETP engines to the F-35 fighter by 2027.

Neither Pratt & Whitney’s XA101 nor GE’s XA100 will fit in the F-35B short takeoff and vertical landing version, however. Bromberg said the reason has to do with the three-bearing swivel nozzle employed by the F-35B being “incompatible” with the third-stream architecture. It might be possible to use the AETP engine in the Navy’s F-35C carrier version, Bromberg said, if the arresting hook system could be moved to accommodate it. He said Pratt & Whitney has had discussions with Lockheed Martin to that effect.

“We could modify it to fit around some of the unique elements of the adaptive engine, but that’s work to be done,” he said.

What happens now is “up to the services,” Bromberg said. “There’s a recognition that we need to modernize the propulsion system in the Joint Strike Fighter,” and Pratt is “unique” in having two solutions to that requirement. But each has its “advantages and disadvantages.” An upgraded F135 wouldn’t have all the advantages of adaptive technology, but using the AETP would require establishing multiple engine support lines for the fighter.