Skip to content
A formation of F-16 Vipers from Holloman Air Force Base performs a flyover on May 15, 2020, in the skies over Alamogordo High School in Alamogordo, N.M. Air Force photo by Airman 1st Class Adrian Salazar.
Expand Photo 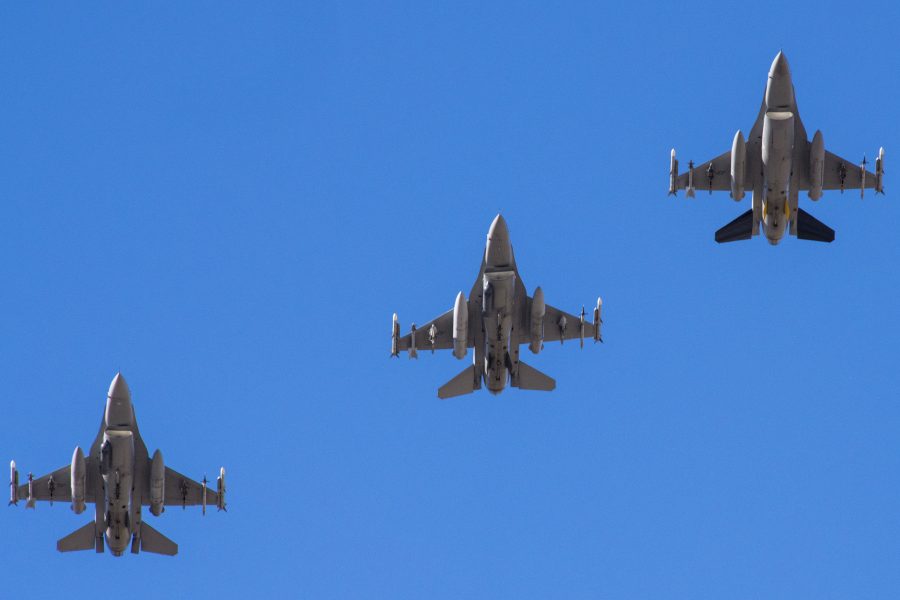 The 54th Fighter Group at Holloman Air Force Base, N.M., is pressing pause on some of its flying operations so it can “assess and reset” following a July 13 F-16 crash at the installation, base spokesperson Denise Ottaviano told Air Force Magazine on July 14.

“The stand-down at Holloman AFB, as the U.S. Air Force’s premier combat flying training wing, is both temporary and local to the base,” she wrote in an email. “Certain flying training missions have been delayed to ensure the safety of the airfield and the wellness of the aircrew.”

No signs of fleet-wide issues were spotted, and normal flying operations will pick back up by July 15, Ottaviano added.

An F-16 assigned to the 49th Wing crashed while landing at Holloman around 6 p.m. local time July 13, according to a Facebook post published by the wing. “The sole pilot on board successfully ejected and is currently being treated for minor injuries,” the post states.

The incident is the wing’s first Viper crash since October 2019, and the Air Force’s second F-16 crash in two weeks.

On June 30, 1st Lt. David Schmitz from Shaw Air Force Base’s 77th Fighter Squadron was killed when his F-16CM crashed during a landing at the South Carolina base.

Editor’s Note: This story was updated on July 14 at 9 p.m. EDT to include information about the 54th Fighter Group standdown.