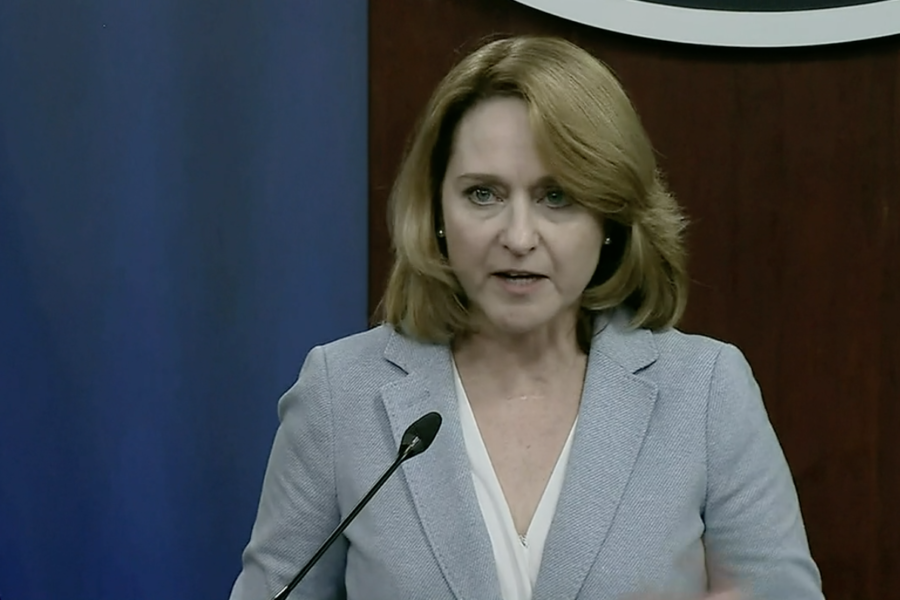 The Pentagon’s $773 billion fiscal 2023 budget request, released March 28, is highlighted by inflation, a classified new National Defense Strategy, and a continued focus on China as the pacing challenge while also categorizing Russia as an “acute” threat.

When accounting for inflation, the top line represents a growth of 1.5 percent over the fiscal 2022 appropriations approved just a few weeks ago, Defense Department comptroller Michael J. McCord told reporters. Without inflation, it is a 4 percent increase.

The 2023 request marks a $30.7 billion increase over the $742.3 billion enacted budget for fiscal 2022. But nearly half of that increase—some $14 billion—was attributed to the Pentagon’s need to incorporate “goods and services inflation increase in our buying power,” McCord said. Another $6 billion went to increases in compensation for personnel, including a 4.6 percent pay raise for service members and civilian employees, increases in the Basic Allowance for Housing and Basic Allowance for Subsistence, and a raised minimum wage for contractors.

Still, McCord and other Pentagon officials stressed that concerns about inflation, which has hit record highs in recent months, is difficult to project forward and subject to change.

“We built into this ‘23 budget the best information that we have at the time we built the budget,” Deputy Defense Secretary Kathleen H. Hicks told reporters. “As in any year, we’re going to be working that as we get closer to the reality, and even in execution, we’ll have to work on that.”

The 2023 budget request, McCord said, “is directly informed by the new National Defense Strategy … which in turn, builds on the Secretary’s message to the force and outlines our defense priority.”

The full text of that new NDS is still not public—a classified version was presented to Congress, while an unclassified fact sheet was released along with the budget.

The strategy outlines four defense priorities, nearly all of which can be directly tied to China. They are:

Integrated deterrence, which incorporates a broad range of capabilities across domains and locations to deter adversaries, has been a frequent theme of DOD leaders for months now. The 2023 request includes $276 billion for procurement and research and development—the largest-ever such request. This includes $56.5 billion to advance air power, with the procurement of 61 F-35s across the department, of which 33 will be F-35As for the Air Force, 24 F-15EXs, 15 KC-46s, the B-21 bomber, among others. It also includes more than $34 billion for modernization across all three legs of the nuclear triad and $24.7 billion for missile defense.

“The three legs of the nuclear triad provide mutually supporting capabilities, and our investment to modernize the triad will help ensure that nuclear weapons continue to deter aggression and protect our allies and partners,” said Vice Adm. Ronald A. Boxall, director of force structure, resources, and assessment for the Joint Staff.

Also included in integrated deterrence is the Pentagon’s efforts in long-range fires, particularly hypersonic missiles. With $7.2 billion total in funding, the budget calls for the Army to be the first to field a hypersonic missile in 2023, followed by the Navy in 2025.

The Air Force, meanwhile, isn’t scheduled to field a hypersonic cruise missile until fiscal 2027—the 2023 budget completes prototyping for the Air-launched Rapid Response Weapon, but it doesn’t actually procure any of them, Boxall said.

Campaigning “refers to being intentional about the actions you take in your presence, in your posture, all of the things that you do on a more day-to-day basis, especially in the combatant commands, to achieve your strategic ends,” McCord said.

In the Indo-Pacific, that means prioritizing China, with $6.1 billion for the Pacific Deterrence Initiative. Much of that funding goes toward new missile warning and tracking architecture, the defense of Guam, and more training and experimentation in the region, McCord said.

For Europe, campaigning means recognizing Russia as an “acute threat,” a phrase repeated by officials across the budget rollout and a seeming nod to Russia’s recent invasion of Ukraine. That invasion has sparked a strong response from the U.S. and NATO leaders, and the budget request includes funds to provide assistance to Ukraine as well as more than $5 billion for security cooperation and updated capabilities with allies.

But while the Russia-Ukraine conflict has drawn global attention, its effect on the 2023 budget was limited, McCord claimed.

“We did not feel that what is happening today altered the picture that China is the No. 1 issue to keep our eye on,” McCord said. “Obviously you can draw your own conclusions about Russia’s performance on the battlefield … but … all these documents were pretty much finalized some time ago, so this is not attempting to be a commentary on what’s happening last week or the week before.”

Efforts to build enduring advantages run the gamut, from investments in personnel issues and military construction, to funds dedicated to dealing with the effects of climate change, to a record-breaking research budget.

For service members, in addition to the 4.6 percent pay raise, the budget also includes increased fee assistance for child care, $2 billion in family housing construction, and another $1.3 billion for quality-of-life and medical facilities.

Other efforts to bolster talent retention and support for service members include expanded diversity, equity, inclusion, and accessibility initiatives and $479 million to implement the recommendations of the Independent Review Commission on Sexual Assault in the Military, which DOD leaders have pledged to follow.

For research and development of future capabilities, the budget calls for $130.1 billion, the largest RDT&E budget ever and a 9.5 percent increase over the the fiscal 2022 budget, itself already the largest research budget ever. Technologies such as artificial intelligence and 5G are particular focus points for more research.

And for the first time, the budget breaks down just how much money the entire department is spending on climate change initiatives: $3.1 billion, with $2 billion for installation resiliency, $807 million for science and technology, $247 million for operational energy, and $28 million for contingency preparedness.

The decision to separate out the funding for climate change is in keeping with the Biden administration’s stated focus on the issue as a national security threat, but it does raise the possibility that some lawmakers may try to target the account while making cuts or shifting funds within the budget.

“I don’t think it creates an attack surface [for lawmakers],” Hicks said. “I think it demonstrates the administration’s commitment to ensuring we are resilient. We have to be resilient to cyber threats. We have to be resilient to climate change. Every lawmaker comes from a state or district where they are seeing the effects firsthand: rising sea levels, drought, fires, hurricanes … and that affects our installations. So we’ve seen a clear alignment in a bipartisan way with Congress on the installation resiliency piece of this.”

While Hicks may not expect a battle over the budget’s climate initiatives, it seems likely that there will be a real push by some in Congress to increase the budget’s overall top line, given the impact of inflation and pressure by many lawmakers to increase spending for 3 percent to 5 percent real growth.

Already, Sen. Jim Inhofe (R-Okla.), ranking member of the Senate Armed Services Committee, has released a statement saying “this budget neglects to sufficiently account for historic inflation. The Pentagon’s inflation assumptions for 2023 are almost certainly low, nor does the budget make up for current record inflation rates.”