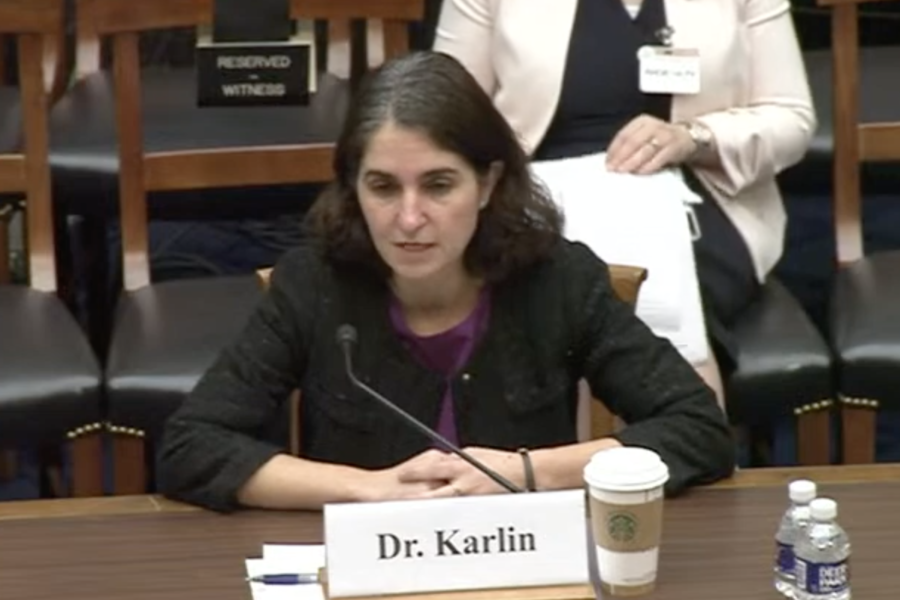 The Pentagon’s Global Posture Review, signed off by President Joe Biden in November, needs an overhaul in light of Russia’s invasion of Ukraine and the substantially changed security environment, Mara Karlin, assistant secretary of defense for strategy, plans, and capabilities, told the House Armed Services Committee March 1. The situation may also drive a delay in the National Defense Strategy and Nuclear Posture Review.

“Obviously, we are following the situation really closely,” Karlin said in a hearing about engagement with allies and partners.

The review, conducted by Defense Secretary Lloyd J. Austin III last summer, “looked closely at our posture in Europe and saw largely that it was about right” at the time, Karlin said. But with Russia’s invasion of Ukraine and a potential threat to NATO partners in the Baltics and Black Sea region, the situation has become “dynamic,” she said.

That “requires us to give it another fine-toothed look to see what’s necessary” to ensure Russia is deterred from attacking NATO, Karlin said. The goal is to “absolutely, 150 percent, say that NATO is safe and secure.”

Options being examined include increased numbers of troops and other capabilities, where they would be placed, and whether additional forces would be deployed on “a rotational or permanent” basis, she said.

Karlin noted that Austin has made “numerous trips” to the Baltic region in the last few months, conferring with the allies on their concerns and wishes relative to new forces positioned in or near their countries.

In looking at “permanent” posture in Europe, “we’re trying to take into account a wide variety of criteria,” unique to each country and region, Karlin said. “Given the changes we’ve seen, … it’s incumbent for us to step back and look at how things have changed.”

Asked what the Pentagon expects to happen in Ukraine in the next week or so, Karlin said, “The Ukrainian military is fighting so incredibly hard, the political will that they have demonstrated … has been a lot more and a lot harder than Putin and his military would have expected.”

“I would expect they will continue to do all they can,” she added. “Assistance is flowing to them, and I think they will continue to try to push back this invasion to the extent possible.” She said the Russian military is “prioritizing increasingly horrific approaches with indiscriminate bombing.”

‘Ask us for Things’

“You have an absolutely unique moment where the U.S. Congress has bipartisan agreement on giving you what you need. And we’re not getting an ‘ask,’” Slotkin said. “Ask us for things.” Chairman Rep. Adam Smith (D-Wash.) added, “I think that is a very reasonable request, to get that focused. Ask for what it is you want us to do.” The comment was echoed by several other members in the hearing.

Rep. Doug Lamborn (R-Colo.) criticized Congress for failing to act swiftly to take up a $6.5 billion emergency aid package for Ukraine, which will partly fund replacing the military equipment the U.S. has provided, and some $2.5 billion of which is for humanitarian relief.

“Ms. Slotkin is exactly right,” he said. “There is bipartisan support. We could have passed this last night on a voice vote. It’s wrong of us to wait a week to do his.”

Karlin and Jessica Lewis, assistant secretary of state for political-military affairs, both indicated that the Nuclear Posture Review is still not yet complete, adding that the National Defense Strategy is also still in the works. The posture review and NPR both figure into what the NDS will say. The last NDS was released in 2018, but the turmoil in Europe has likely driven changes in what it will say, particularly about deterrence. Karlin said the NPR, “once decisions are made” about it, will look at threats and deterrence “holistically” and did not comment on remarks from members who urged the Administration not to adopt a “no first use” policy.

Asked about a number of bluff attacks by Beijing against Taiwan in recent months, involving scores of aircraft, Lewis noted that Taiwan has received $18 billion worth of security assistance aid and arms transfers in the last five years, and the goal is to help “build the asymmetric capabilities of Taiwan” to defend itself.

Over at the Senate Armed Services Committee, think-tankers Heather Conley, president of the German Marshall Fund of the United States, and Roger Zakheim, director of the Ronald Reagan Presidential Foundation and Institute, said Russia’s invasion—coupled with mounting Chinese capability and alignment with Russia—now compels the U.S. to change its posture.

“Unfortunately, the world we want is not the world we have,” Conley said, noting that the U.S. must return to a two-theater war force structure. During 20 years of focus on counter-terrorism, the U.S. could afford a “one adversary at a time” approach, but no more, she said.

China, “the pacing challenge,” has the economic strength to challenge the U.S. long-term, while Russia is “a grievance-filled revisionist power, which has repeatedly deployed its military to restore its traditional sphere of influence in Europe.” Both are dangerous, but Russia is “by far the most dangerous today,” she said.

Conley noted that on Feb. 4, China and Russia “joined together in a dynamic alignment against” the United States.

“The U.S. must adjust to this reality,” she said. “Our adversaries have ended our tunnel vision for us, … we must strategically look at China and Russia together,”

Conley said NATO allies on the eastern flank have all met their defense spending targets of two percent of GDP, and the U.S. needs to “invest in them and make them as strong as possible.” But, “this does not mean supporting our allies so we can leave.” Aided by the U.S. nuclear umbrella, “we can make our allies so much more capable with strong U.S. support and engagement.”

Zakheim said the Biden Administration must do more in terms of its conventional presence in Europe, which “matters,” he said.

“We should be reinforcing, more than the Administration’s already done,” the NATO countries bordering Ukraine, he said. “Lethal force should have been delivered. It was not. We gave up the airspace; we’re paying the price now.” He also said there should have been more exercises “showing force and how we would operate together.”

Zakheim asserted that the 2018 National Defense Strategy “was clear that we need to be able to prevail in one major conflict and deter in a second theater, and that … seems to be forgotten.” But even though the NDS called for a two-war capability, “we never had a force capable of doing that.”

He said he hopes the next NDS “recognizes that U.S. leadership should be present in three regions of the world”—the Indo-Pacific, the Middle East, and Europe—and is sized “large enough to prevail in one conflict, hold another theater, and eventually swing to that second theater.”

The NDS should also call out the need for pre-positioned war materiel stocks in the Indo-Pacific region, so the U.S. “can distribute our forces deeper into the region and contest” China there. U.S. Transportation Command needs to “come up with the logistical frameworks” that will make that approach possible, he said.

The “hub” approach of the last strategy “is not really adequate and it raises vulnerabilities.”