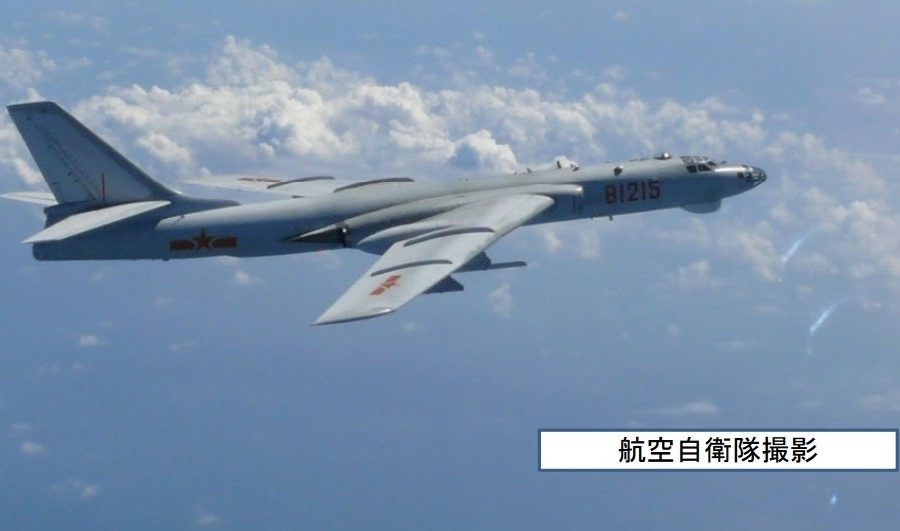 China is rapidly modernizing its nuclear forces and aims to flex its growing military clout, according to a Pentagon report released Nov. 29.

The annual study, the China Military Power Report, says China may have 1,500 nuclear warheads by 2035.

“If you look at where we are compared to a couple of years ago, it certainly is a dramatically accelerated pace,” a senior defense official told reporters. “They’ve got a rapid buildup that is kind of too substantial to keep under wraps.”

The report comes one month after the release of the 2022 National Defense Strategy, which outlined China as the Defense Department’s “pacing” challenge.

“China is the one country out there that geopolitically has the power potential to be a significant challenge to the United States,” said Gen. Mark Milley, chairman of the joint chiefs of staff, at a recent news conference.

Previous Pentagon studies have focused on nearer-term efforts by the PRC, ending focusing on the 2027 time period. The new report adds two new goalposts: 2035 and 2049. Those timelines are more in line with the Chinese Communist Party’s (CCP) goals, the Pentagon said. China’s military, the People’s Liberation Army (PLA), is the armed wing of the CCP.

The U.S. and Russia have long been the world’s major nuclear powers. According to the Federation of American Scientists, the U.S. has about 3,700 nuclear warheads deployed or stockpiled. Russia’s nuclear arsenal numbers about 4,500 warheads. According to the Pentagon report, China has over 400 nuclear warheads, making it the third-largest nuclear state. The U.S. believes China will continue to build up its arsenal and is not currently interested in arms control talks, according to the China Military Power Report and the recently released Nuclear Posture Review.

According to the report, China launched 135 ballistic missiles for test and training purposes in 2021—more than the rest of the world combined, excluding conflict zones. China plans to build at least 300 new intercontinental ballistic missile silos, the Pentagon said.

“They’re doing things now that exceed really their previous attempts, both in terms of the scale, the numbers, and also the complexity and technological sophistication of the capabilities,” the defense official said.

Nuclear and missile capabilities are just one aspect of China’s modernization, according to DOD.

According to the senior defense official, China has made progress “fielding modern indigenous systems, increasingly PLA’s readiness, and strengthening its ability to conduct joint operations across the full range of air, land, and maritime as well as nuclear space and counter-space, electronic warfare, and cyberspace operations.” Those capabilities are detailed in Pentagon’s 170-page unclassified report, the China Military Power Report, released to Congress every year.

At China’s recent National Party Congress, during which Xi Jinping stayed on for a third term as general secretary, China said it would complete its modernization goals by 2035. By then, China will have a “world-class” military, according to Xi.

China has adopted strong diplomatic stances, placing import bans on many Australian goods after it called for an investigation into the origins of COVID-19 and placing trade restrictions on Lithuania after Bejing deemed its relations with Taiwan too friendly.

U.S. tensions with China have been high, the senior defense official said, and flights by Chinese forces into Taiwan’s Air Defense Identification Zone have increased along with missile tests and other demonstrations of force, particularly after Speaker of the House Nanci Pelosi’s visit to Taiwan.

In a recent meeting with Xi, President Joe Biden “raised U.S. objections to the PRC’s coercive and increasingly aggressive actions toward Taiwan, which undermine peace and stability across the Taiwan Strait and in the broader region, and jeopardize global prosperity,” according to the White House.

The official added that Chinese aircraft and ships conducting “centerline crossings” of the midpoint between China and Taiwan have become “sort of routine” and part of a “new normal.”

“In 2021, the PRC increasingly turned to the PLA as an instrument of statecraft as it adopted more coercive and aggressive actions in the Indo-Pacific region,” the report states. “PLA now sets its sights to 2027 with a goal to accelerate the integrated development of mechanization, informatization, and intelligentization of the PRC’s armed forces. If realized, this 2027 objective could give the PLA capabilities to be a more credible military tool for the Chinese Communist Party (CCP) to wield as it pursues Taiwan unification.”

The Pentagon report expresses concern that a more capable Chinese military will be used to push countries Beijing’s way.

“Xi Jinping and the PRC leadership are determined that the armed forces should take a more active role in advancing the PRC’s foreign policy goals globally,” the defense official told reporters.

According to the Pentagon report, in 2021, the PLA unveiled a new “core operational concept” of “multi-domain precision warfare.” The Chinese model would use data across networked systems-of-systems and artificial intelligence to identify and strike targets. That goal shares much in common with the Pentagon’s own joint all-domain command and control (JADC2) effort.

In addition to new bombers, China aims to overhaul its air force and military aviation, according to the Pentagon.

“They’re improving in terms of the platforms that they’re developing and operating: the air-to-air missiles, the integrated air defense systems,” the senior defense official said. “We’re seeing improvements in all those kinds of areas, trying to make their training and their exercises more sophisticated, more realistic. That’s a path that they’ve been trying to go down for many years. … They talk sometimes about a world-class air force—which aligns with the 2049 goal for a world-class military. We’re tracking that they’re trying to really sort of progress rapidly on all fronts, from equipment to the training to the quality of pilots and other personnel.”

While the Pentagon expresses concern over China’s global ability to project power and “revise the international order in support of Beijing’s system of governance and national interests,” the DOD report does not view a military stand-off between the two countries as looming in the short term. While China insists it will take the self-governing democratic island of Taiwan by force if necessary, the U.S. official said the report did not indicate Beijing had plans to launch an all-out assault on the island in the near term.

“I don’t see any kind of imminent indications of an invasion,” the defense official said. “We’re definitely very focused on this level of more intimidating and coercive behavior and watching closely to see how things unfold.”