Skip to content
A photo of the U.S. Capitol building at sunrise. Official Architect of the Capitol photo via Flickr.
Expand Photo 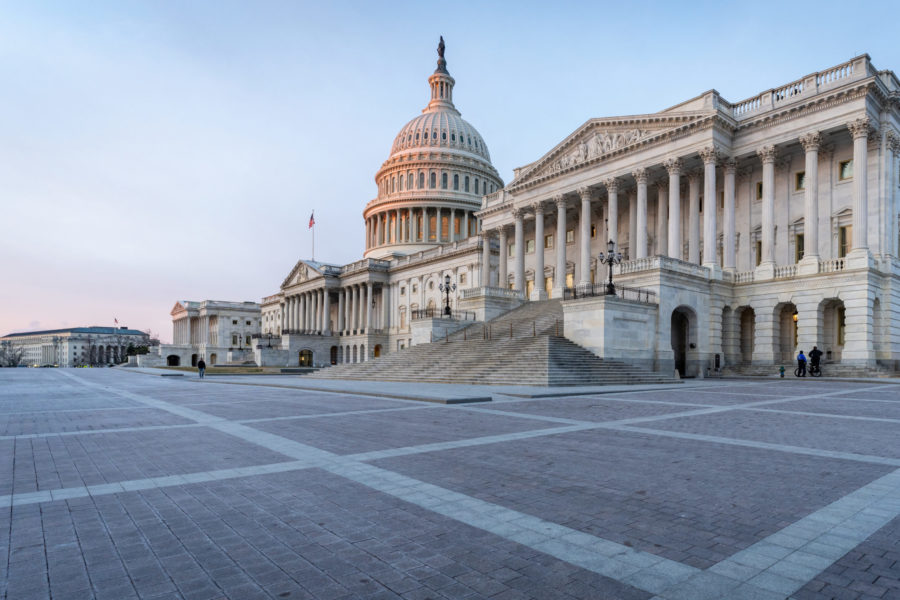 More than seven weeks still remain until the 2023 fiscal year begins on Oct. 1, but observers of Congress are already warning that time is running out for lawmakers to pass the annual National Defense Authorization Act and appropriations bill that will fund the Pentagon before that deadline.

Should Congress fail to pass those bills on time, they’ll have to pass a continuing resolution to keep the federal government open, a move that keeps spending levels frozen at the previous year’s levels.

Defense Department leaders have frequently bemoaned the use of CRs, saying they stall new programs, delay production increases, and keep funds stuck in the wrong accounts. Department of the Air Force leaders, in particular, have already said that any delay in the 2023 budgeting process would have “a particularly negative effect.”

Yet such a delay is looking more and more likely.

“The good thing is that the House went ahead and passed six of the 12 appropriations bills,” retired Col. Anthony Lazarski, a former professional staff member for the Senate Armed Services Committee and aide to Sen. Jim Inhofe (R-Okla.) and a principal with consulting firm Cornerstone Government Affairs, said on the latest episode of the Mitchell Institute’s Aerospace Advantage podcast. “So they got them all out of committee, and then they brought six to the floor. … What didn’t come to the floor is the defense bill, as well as Homeland Security and a few others, because there just wasn’t an agreement, and they weren’t sure they were going to be able to get the votes on the floor.”

Now, Congress is at the start of its August recess period, with both chambers slated to return in early September after Labor Day. But with Election Day looming Nov. 8, lawmakers won’t stay in Washington, D.C., for long before heading back out on the campaign trail. The House is scheduled to have its last day in session before the election Sept. 30, while the Senate is tentatively set to be in session for two weeks in October, though that could change.

In order to get the NDAA signed into law by Oct. 1, the Senate would have to pass its version soon after returning in September, allowing for the conference process to start whereby lawmakers and staff members from both chambers draft a compromise bill. That process can take several weeks, before both chambers would then have to vote on the new bill, presumably before the House leaves town.

And it’s far from certain that the Senate will vote on its version of the NDAA quickly in September. Col. Todd Harmer, also a former congressional aide and now an executive with consulting firm American Defense International, pointed out that doing so will require cooperation between SASC leaders and Senate Majority Leader Chuck Schumer (D-N.Y.)

“The big question … is going to be when that bill does go to the floor. There are a lot of competing priorities,” Harmer said on the podcast. “I know [Sen. Jack Reed (D-R.I.)] and Sen. Inhofe do not have an agreement from Leader Schumer yet to bring it to the floor. But hopefully [they will] by mid-September, and then the committees can conference the bill.

Even then, Harmer predicted that Congress won’t meet its deadline.

“We will not get it done before the end of this fiscal year,” Harmer said. “So I think some time after the election, in November before Christmas, we’ll finally see the FY23 Defense Authorization Act.”

“For both of these bills, nothing will happen for conference,” Lazarski said. “They’re going to wait until after the election, see what happens, who’s going to have a majority in the next Congress. And then it’s really going to be a tough negotiation as we go forward.

“Obviously they’re going to want to get these bills done as they do every year, but it’s probably going to take until Christmas, potentially until the end of the calendar year, and if they’re having problems, which obviously we’re hoping they don’t, there is a possibility of kicking it into the next Congress. And that could push this back all the way to March because the bills will have to get refiled. But right now, we’re hearing that they’re going to try to get this done.”

Harmer and Lazarski are not alone in expressing concern that key spending bills may not get done before the start of the new fiscal year. Indeed, it has become a recurring issue in Congress. The Pentagon has started the new fiscal year under a continuing resolution in 12 of the last 13 years, including each of the last three years.

For the NDAA, leaders have found a way to speed up the process by drafting a compromise bill outside of the conference process and then introducing it in both chambers. However, critics say such a move reduces free and open debate.

Airmen and Guardians in more than 30 communities across the Department of the Air Force will see their special duty pay reduced in the coming months. All told, 22 groups have been tabbed for a reduction in Special Duty Assignment Pay, given to Airmen with extremely difficult duties that may…