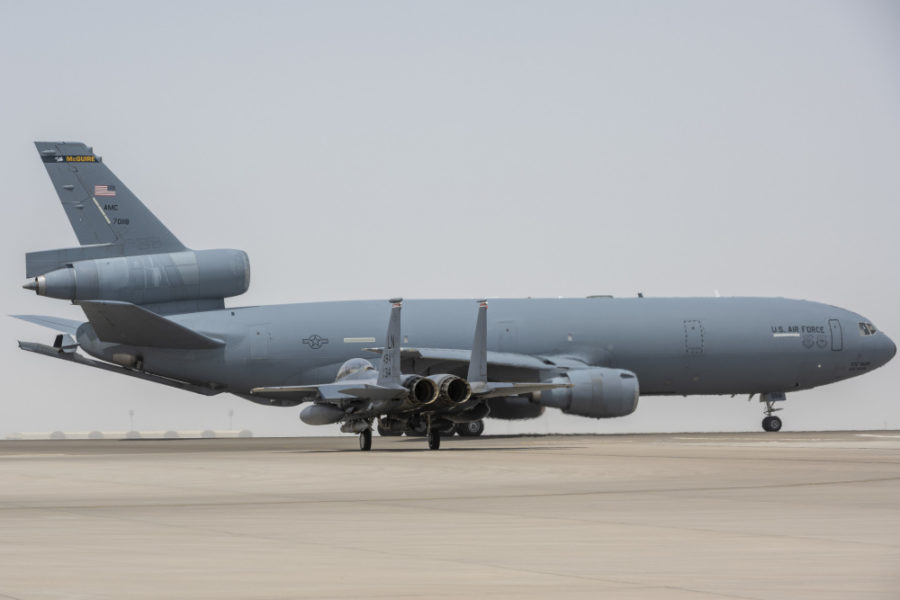 Pace of US Airstrikes in Afghanistan Increases as Taliban Violence Continues

U.S. aircraft are increasing the pace of airstrikes targeting the Taliban in Afghanistan after nearly all American troops have left the country, as the level of violence in the country continues to rise.

More than 95 percent of the U.S. withdrawal process is complete—a number that has stayed steady over the past several weeks, according to U.S. Central Command’s latest update. CENTCOM boss Gen. Kenneth F. McKenzie Jr., during a July 25 visit to Kabul, said the U.S. military’s assistance to Afghan forces also will remain steady as the Aug. 31 deadline for the full withdrawal approaches.

“The United States has increased airstrikes in the support of Afghan forces over the last several days, and we’re prepared to continue this heightened level of support in the coming weeks if the Taliban continue their attacks,” McKenzie said in a CENTCOM release. “I reassured the government that we are continuing to provide airstrikes in defense of ANDSF forces under attack by the Taliban, contract logistics support both here in Kabul and over-the-horizon in the region, funding for them, intelligence sharing, and advising and assisting through security consultations at the strategic level.”

A July 27 release from the 380th Air Expeditionary Wing provides a glimpse of how USAF aircraft are supplying this over-the-horizon strike support.

In recent weeks, about half of the F-15Es from the 494th Expeditionary Fighter Squadron forward deployed to Al Dhafra Air Base, United Arab Emirates, to “support the Resolute Support mission set and improve the defensive posture in the Arabian Peninsula,” said Capt. Trey Pollard, F-15E fighter weapons systems officer with the 494th EFS, in the release.

For these missions, KC-10 Extenders from the 908th Expeditionary Air Refueling Squadron worked closely with the 494th. This included a KC-10 flying with F-15Es to Afghanistan and staying with them as a dedicated tanker, the release states. KC-10s also flew to the region to refuel fighters from other bases.

Once the 494th EFS was set to redeploy, a KC-10 brought most of the Airmen and related equipment home and refueled the seven F-15Es on the way back.

“Without the KC-10 to help, they were hard pressed to make the trip all in one go,” 908th EARS Operations Officer Maj. Austin Bentley said in the release. “They would have had to load the cargo and passengers on another grey tail to get the equipment and maintainers and ground personnel back, and would need a KC-135, or even two, to get enough gas to the fighters to make the trip.”

During the press conference in Kabul, McKenzie provided additional insight into how U.S. support for the Afghan Air Force will continue.

“We continue to provide contract maintenance and logistics support here in Kabul to maintain Afghan defense capabilities, including their aviation capability,” he said. “We continue to provide maintenance, advising them from over the horizon, and we’re prepared to execute over-the-horizon aircraft maintenance and refurbishment with aircraft that will be flown to a third country, repaired, and returned to service in Afghanistan with the Afghan Air Force.”