Skip to content
Aircrew with the 9th Expeditionary Bomb Squadron raise the landing gear of a U.S. Air Force B-1B Lancer during take-off in a joint interoperability exercise at Andersen Air Force Base, Guam, on Nov. 13, 2020. Participating in the exercise allowed B-1 aircrews to obtain training that could be imperative in the future missions as they continue to stay committed to the security and stability of the Indo-Pacific region. Air Force photo by Staff Sgt. David Owsianka.
Expand Photo 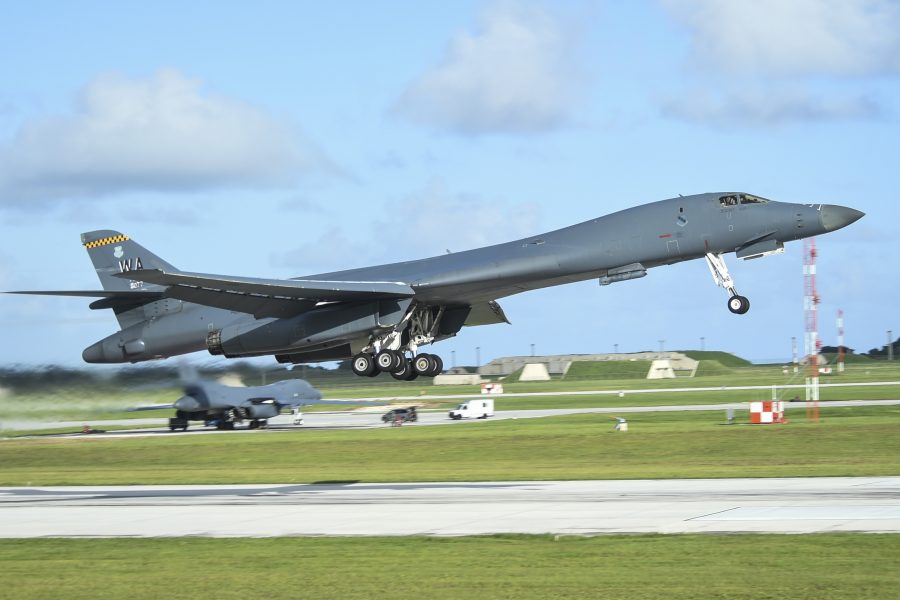 China and Russia have noticed an increase in USAF bomber missions in the Indo-Pacific, and they are starting to respond in their own ways, the top USAF officer in the region said.

Since shifting to dynamic force employment, “We’ve actually flown more of the bomber-type missions than we did in the last nine months of the continuous bomber presence,” Pacific Air Forces boss Gen. Kenneth S. Wilsbach told reporters Nov. 18 during a virtual roundtable. In addition to flying missions from bases like Andersen or Naval Support Facility Diego Garcia, there have been several long-range missions for bombers that begin and end at their continental United States home bases.

“They fly all the way to either the East China Sea, and sometimes we go [over] the South China Sea and execute the mission,” Wilsbach said. “And the really cool thing about these is that it’s not just one bomber or four bombers flying a straight line for sometimes 24 hours, there’s training events that are occurring all throughout. We train with our allies and partners, we train with the joint forces, and of course we do train with the United States Air Force.”

The missions have brought an uptick in Chinese and Russian intercepts.

“They’ll send their fighters out, and of course, through our collections we can tell that they see us with their radars, and then we have other methods to figure out what they’re thinking,” Wilsbach said.

Russia also has increased its “countering missions” near Alaska, he said. During the summer, the Air Force flew a large mission in the region “and then a few days later, the Russians reciprocated with a pretty large mission into the Alaska Air Defense Identification Zone,” he added. “And so there’s a little bit of back and forth there with flying missions inside of our air defense identification zone.”

China bombers also have been “quite active in the South China Sea, in particular, almost every day” and sometimes in the East China Sea, Wilsbach said. “So, we’re seeing their activities perhaps as counter to what we’ve been doing.”