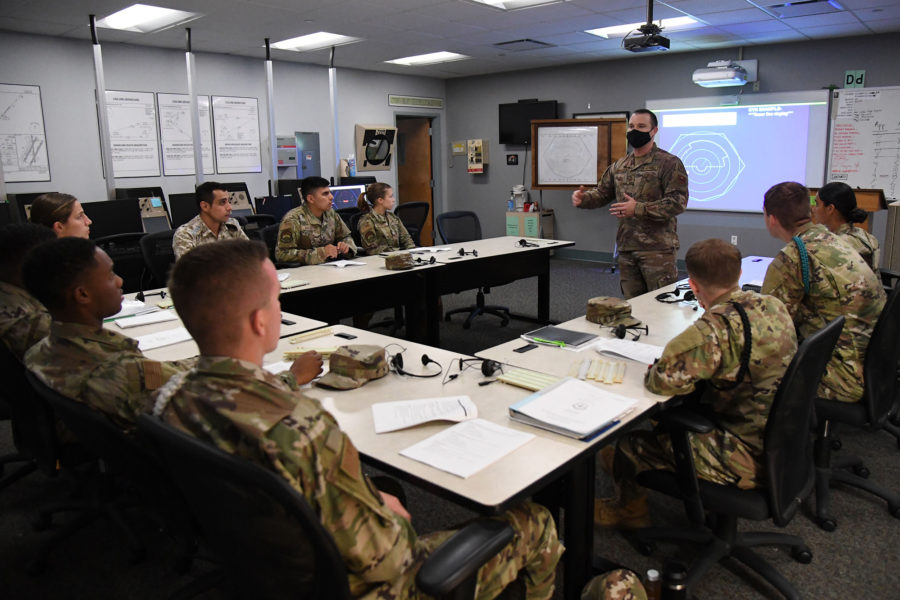 The Air Force’s 12 Outstanding Airmen of the Year for 2021 will be formally recognized at AFA’s Air, Space & Cyber Conference from Sept. 20 to 22 in National Harbor, Md. Air Force Magazine is highlighting one each workday from now until the conference begins. Today, we honor Tech. Sgt. Christopher Bennett from the 81st Training Group at Keesler Air Force Base, Miss.

Bennett’s efforts enabled and enhanced kinetic, non-kinetic, and intelligence collection operations throughout Iraq and Syria, which led to the capture of 14 high-value targets and eliminated 94 enemy combatants.

He was awarded the Army’s combat action badge for his role in the coalition preparation and response to the Iranian missile attack on United States bases in Iraq, culminating in a Bronze Star Medal nomination. He received presidential list honors while working on his advanced degree, completed a second Community College of the Air Force degree in Instructor of Technology and Military Science, and garnered the John L. Levitow award upon graduation from the noncommissioned officer academy.