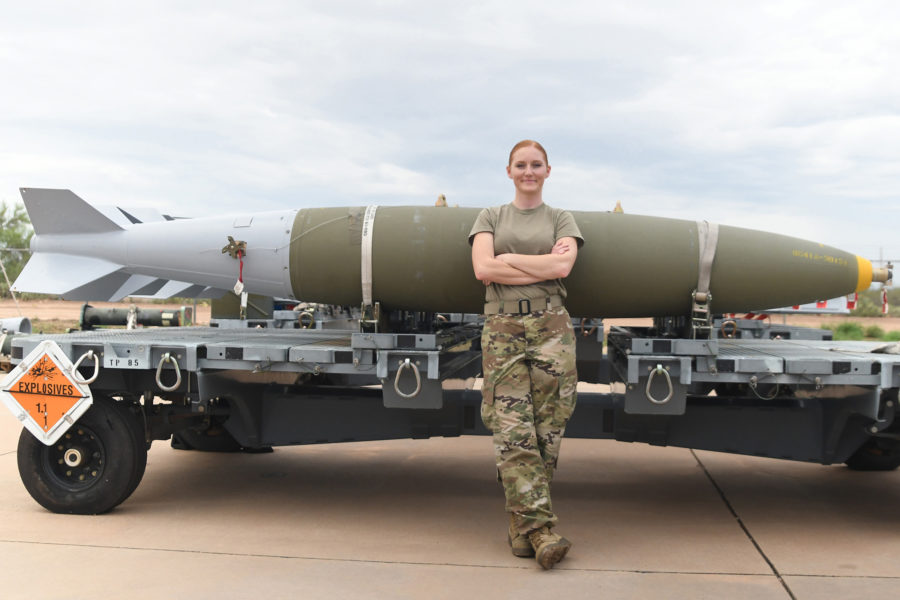 The Air Force’s 12 Outstanding Airmen of the Year for 2021 will be formally recognized at AFA’s Air, Space & Cyber Conference from Sept. 20 to 22 in National Harbor, Md. Air Force Magazine is highlighting one each workday from now until the conference begins. Today, we honor Staff Sgt. Kristy Riley, 924th Maintenance Squadron Munitions Flight combat plans training supervisor.

Riley is an Air Force Reservist who served as the training supervisor for 189 Total Force munitions Airmen. At the same time, she filled the squadron unit training manager role for two squadrons with 741 personnel, scheduled 656 courses, and achieved a 99 percent current rating, the best in a 2,589-member maintenance group.

She was awarded a superior performer and superior team award during the 2020 Air Combat Command unit effectiveness inspection thanks to her overhaul of the combat munitions training program, revision of the local explosive safety course, and oversight of the flight’s upgrade program.

Riley also is credited with saving two civilian lives by coordinating the recovery of a potential drowning victim and a failed rescuer to land, where she administered first aid.

“She outworks all her peers and has continuously done so since joining our team five years ago,” said Senior Master Sgt. James Pumarejo, 924th Maintenance Squadron munition flight chief, in an August Air Force release.

“She is ambitious to reach her full potential however she is not willing to do it at the expense of another,” Pumarejo said. “She wants to see her teammates succeed every bit as much as herself. She is a great team player and takes pride in the quantity and quality of work she does. She is brutally honest and will tell you exactly what she thinks, which in my opinion, brings stronger trust to the team. She is about getting stuff done and finding the most efficient way to get it done. In our TFI [Total Force Integration] environment, I’ve had Active-duty sections superintendents fighting to have her in their shop, she’s that good.”