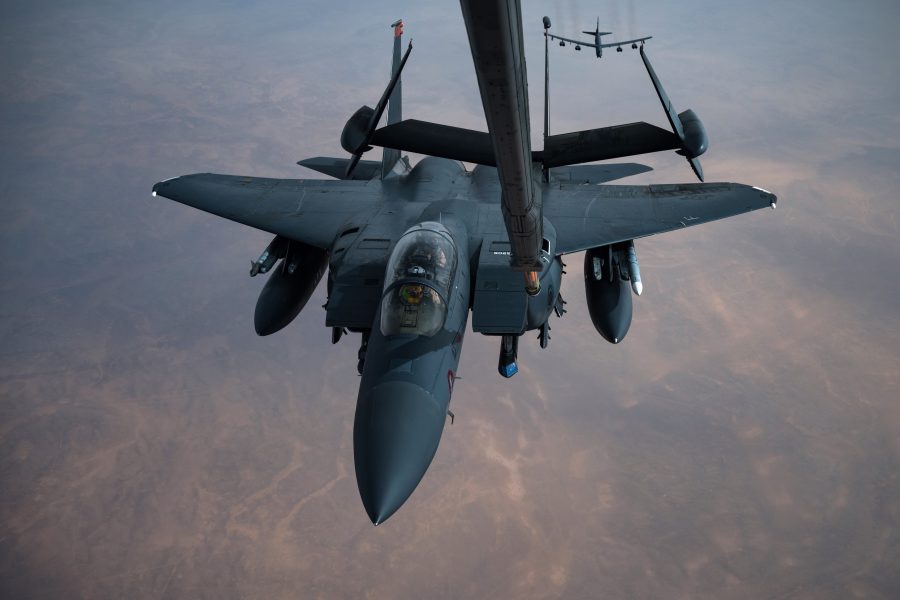 U.S. and coalition aircraft closed out 2020 with a slight increase in airstrikes against the Islamic State group in Iraq and Syria, as the group lingers in the region and attempts to regain power.

Between Dec. 1 and Dec. 31, 2020, coalition aircraft conducted 25 strikes, consisting of 41 engagements. This included 10 strikes against ISIS in Iraq, consisting of 25 engagements killing 49 ISIS fighters and destroying one defensive fighting location, according to a Combined Joint Task Force-Operation Inherent Resolve release. In Syria, the coalition conducted 15 strikes, totaling 16 engagements. This compares to 14 total airstrikes in Iraq and Syria in November, according to OIR data.

The monthly tally includes all weapons dropped by aircraft, rocket-propelled artillery, and ground-based artillery, according to the coalition.

Since Operation Inherent Resolve began in 2014, the coalition has conducted a total of 34,966 airstrikes. The coalition and partner forces have cleared ISIS from almost 110,000 square kilometers, according to the release.

“As a result, 7.7 million people no longer live under Daesh oppression.  CJTF-OIR remains committed to the enduring defeat of Daesh to improve conditions for peace and stability in the region and to protect all our homelands from the Daesh terrorist threat,” OIR said in a release. Daesh is another term for ISIS.

As of December 2020, OIR assesses that at least 1,410 civilians have been killed unintentionally by coalition actions, with about 128 reports still being investigated, according to a statement.