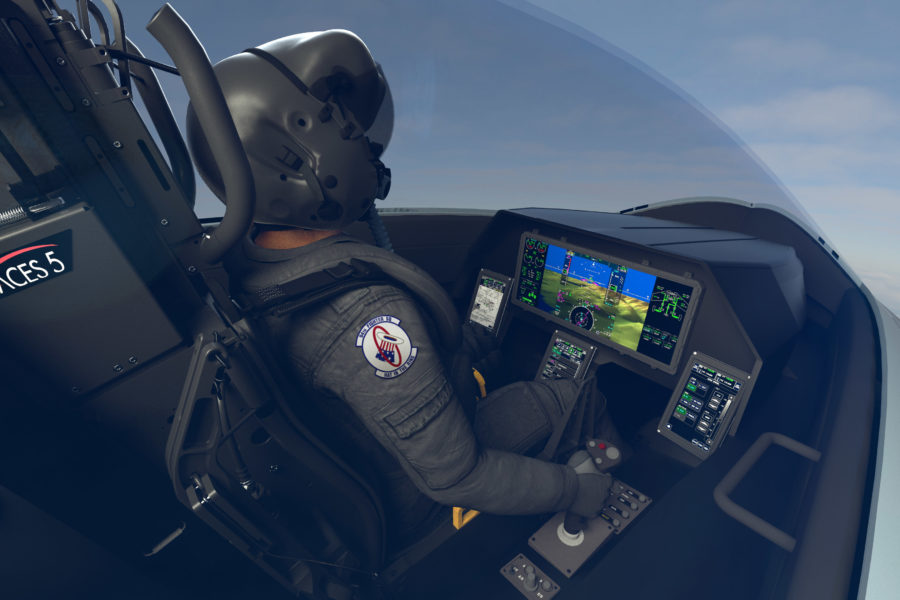 Sixth-generation fighter platforms, their pilots and the future of allied air dominance will face more challenges than ever before, including a complex international security environment, rapidly evolving technologies, and scale from near-peer threats.

The fight of tomorrow demands a more open, scalable and tailorable approach to aircraft upgrades to stay ahead of emergent threats at the speed of relevance. It is critical that the United States and its allies maintain a competitive edge against adversaries by leveraging enabling technologies that accommodate the need for enhanced mission flexibility, rapid prototyping, capability integration and deployment.

The Importance of an Open Systems Approach

In response to that challenge, the U.S. Department of Defense (DoD) has been working to accelerate the development of and upgrades to its weapons and vehicles to ensure mission readiness while lowering the lifecycle costs to maintain and evolve them. This process has involved a strong focus on moving away from purpose-built systems created for a single aircraft or vehicle platform to reusable components and systems integrated in a modular and severable fashion.

To facilitate this process, the DoD is requiring its industry partners to embrace an open systems approach – creating systems that can quickly integrate capabilities from a variety of vendors into new or enduring platforms to enable the warfighter to stay ahead of a next-generation adversary that is rapidly evolving its capability with scale in both manned and un-manned assets.

A Modular Open Systems Approach (MOSA) is a viable method for developing the same systems or software repeatedly for multiple platforms without having to pay for them separately or reinvent the wheel each time the military builds a new aircraft, ground vehicle, or other weapons system. MOSA systems also better enable the rapid addition of new functionality and capabilities into legacy and enduring platforms at a low cost to the military, thereby providing more budget allowances for emerging mission capabilities needed for future conflicts.

Finally, this open systems approach, and the standardization parameters it entails for aircraft integration, eliminates the common situation known as “vendor lock” in which only one or two companies can develop or integrate new capabilities and systems for an aircraft. In effect, fighter fleet owners are empowered to make changes to the systems and aircraft with enabling software and hardware tools for easy parts interchange. This means that open systems can effectively increase competition as more suppliers compete for business – leading to lower costs and driving innovation.

So how will these new MOSA capabilities impact future operations and the U.S.’s ability to achieve air dominance? By implementing an agile and adaptable suite of avionics and mission solutions, future fighter fleets will be more reliant on software upgrade packages that can be delivered enroute to the mission compared with traditional, timely and expensive aircraft and fleet upgrade cycles. Consequently, enduring and next generation aggressor fleets will remain tailorable, relevant and dominant in the missions of tomorrow.

At Collins Aerospace, the company’s modern operational expertise and commitment to innovation are driving its development of next-generation systems for fighter aircraft. With its decades of experience in emerging network technologies and standards, Collins is taking an operations focus to developing robust, open and networked capabilities across existing and sixth-generation fighter aircraft to address future threats and provide air superiority in-theater.

Known as Mosarc™, Collins’ modular, open, scalable, and secure avionics and platform architecture will help ensure an agile and flexible sixth-generation fighter by providing whatever capability is needed based on mission demands. This will be accomplished through Mosarc’s revolutionary digital backbone that meets open systems standards and ensures the separation of air vehicle and mission system equipment while managing the exchange of information between the two. The operational benefit manifests in increased performance (e.g., data throughput), safety, cybersecurity and the intelligent prioritization of aircraft data transfer while performing complex and contested mission sets.

With 30 years of experience in developing and integrating open systems avionics in military and commercial cockpits, Collins Aerospace closely aligns its investment and research roadmaps with the evolving needs of fourth-, fifth- and sixth-generation fighter aircraft operators. It remains the industry leader in developing and certifying safety critical systems while ensuring rapid capability deployment and continued air dominance of the DoD and its allies.

Eric Schmidt, former CEO of Google and former chair of the Pentagon's Defense Innovation Board, delivered a keynote address at the AFA Warfare Symposium followed by a conversation with retired Lt. Gen. Bruce ”Orville” Wright, president of the Air Force Association. Watch the video or read the transcript.