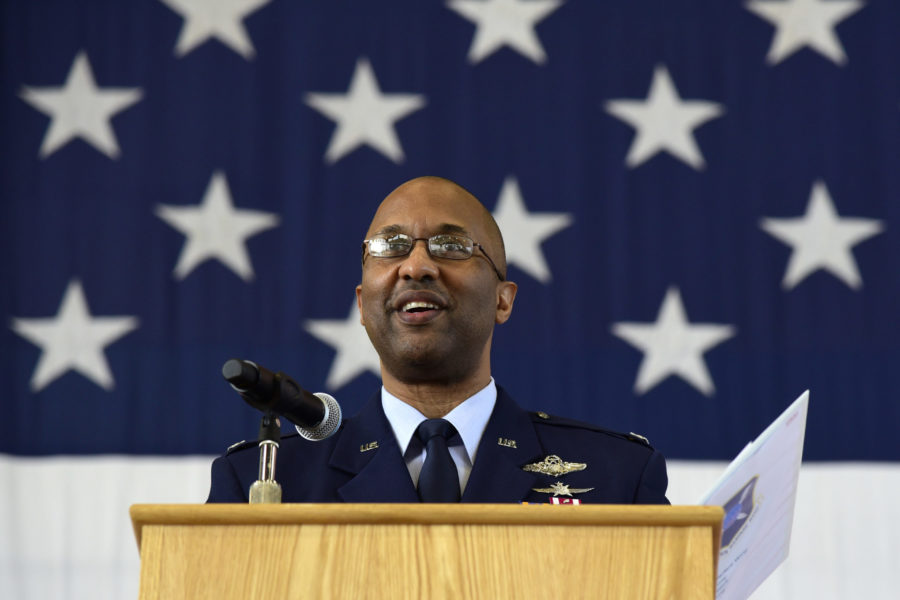 It has been almost exactly one year since the Air Force activated the 350th Spectrum Warfare Wing, the first of its kind, as part of the service’s effort to build back electronic warfare and electromagnetic spectrum capabilities after years of letting them atrophy.

And in some ways, the service’s lack of focus over the past couple decades is allowing it to start fresh and take a more comprehensive, integrated approach, the 350th SWW’s commander said June 29.

Throughout the joint force, there are “pockets of excellence” when it comes to spectrum warfare, Col. William Young said during a virtual event with the Hudson Institute. But those pockets have not been integrated well—different capabilities are configured for different hardware platforms and are not easily shareable.

It’s a problem David Tremper, director for electronic warfare in the Pentagon’s acquisition office, sees in a service such as the Navy, which even so has taken the lead on EW in many respects.

By contrast, both Young and Tremper said the Department of Defense’s current strategy for EW is focused on “missionware”—software-focused capabilities that can be used across different platforms.

“You could think of it as the missionware sits on top of the [operational flight program], which drives the underlying hardware,” Young said. “And so we’re going to hopefully continue to learn ways to acquire hardware faster, and then we’ll get better at OFP development—folks are working on that. But it’s the addition of the missionware, which in the field, increasingly closer and closer to the edge, gives us the ability to change the behavior of our underlying systems.”

Missionware has become one of the key pursuits of the 350th SWW, Young said, as the wing is trying to connect those “pockets of excellence.”

“My direction from my four-star [Gen. Mark D. Kelly], commander of Air Combat Command, is that we are the services’ integrator and deliverer of EMS capability,” Young said. “So now … that capability begins to take the form of missionware, which gives us the ability to change the behavior of the underlying hardware.”

As part of that effort, the wing is set to conduct a flight demo in which it will try to do “the equivalent of taking Android apps and running them on an iPhone,” Young said. Specifically, the demo will take four “app-like capabilities”—two from companies, one from the Air Force, and one from the Navy—and run them all on a system they weren’t designed for.

In this pursuit, the Air Force is building off a “clean slate,” Young said—at least one benefit after some 30 years in which Chief of Staff Gen. Charles Q. Brown Jr. has said the service was “asleep at the wheel” when it came to electromagnetic spectrum warfare.

One of the challenges, however, is the need to increase awareness of and preparedness for spectrum warfare across the force so it is no longer an afterthought for most warfighters, said Brig. Gen. AnnMarie K. Anthony, deputy director of operations for joint electromagnetic spectrum operations at U.S. Strategic Command.

“What does the average joint force operator need to understand about [electromagnetic spectrum operations]?” Anthony said. “Getting that training at the very beginning, at your accessions, getting the training as you go through your initial weapon system training, and then having that reoccurring training. … Now you’re out in live-fly exercises, you’re actually going into a contested and congested environment and testing out everything and preparing, and then all the way into when you have to actually employ it for real. So it has to be completely embedded and part of our entire thought process, not a Band-Aid that you put on at the very end.”

When it comes to better research and capabilities for that training, Young said he sees the 350th SWW as unique—and just getting started.

“I think what’s been missing in the past is that you’ve never really had that sort of operational unit to transition all the greatness that exists in the silos of excellence, and [to] couple that with a warfighter need and do that in near-mission planning timelines,” said Young. “And so as we get to do that more and more and scale that, I think that is potentially a game-changer in EMS.”