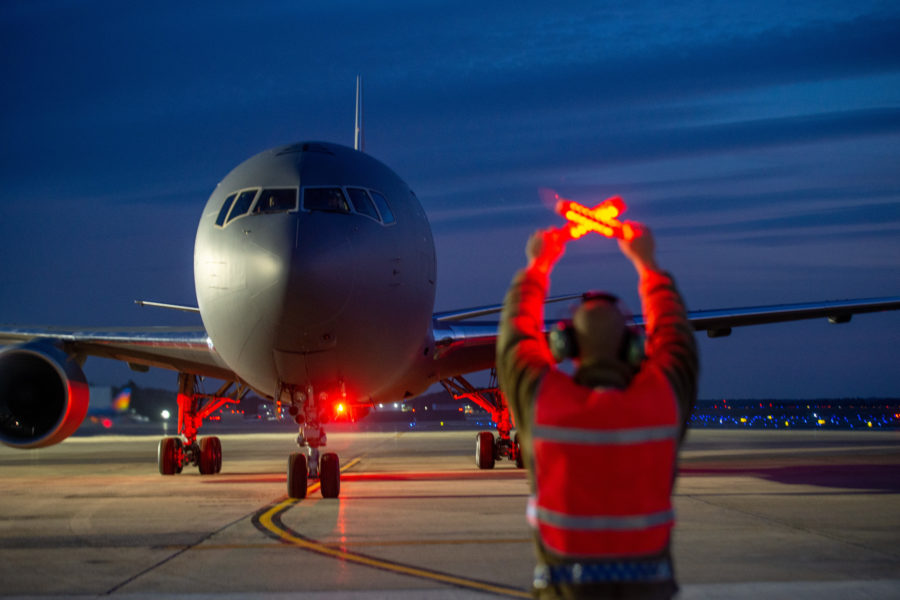 Next Two KC-46 Beddowns Will be Guard Locations

The Air National Guard will get the next two tranches of KC-46 Pegasus tankers, at locations to be decided within the next 12 months, Deputy Chief of Staff for Plans and Programs Lt. Gen. David S. Nahom told the Senate Appropriations Committee on July 21.

“The next two beddown locations for the Air National Guard, we’re actually going to have that conversation in the next year,” Nahom said at a hearing to discuss divestitures of USAF aircraft to pay for modernization. “And of the Air National Guard units flying the KC-135 now, we’re going to transition two of those” to fly some of the planned 179 KC-46s, Nahom added.

In May, the Air Force said it’s looking at two Active-duty bases, one of which would host the next 24 KC-46s, and six Air Force Reserve locations, one of which will get 12 Pegasus tankers. The Air National Guard wasn’t mentioned in that announcement.

On July 22, the Senate Armed Services Committee, in its markup of the fiscal 2022 budget, allowed the Air Force to divest just 18 KC-135s from the Active-duty inventory and did not allow any Stratotankers to be divested from the Air National Guard fleet.

Nahom said the Air Force’s plan is to buy out the 179 KC-46As in its contract with Boeing then go to a “bridge tanker” before moving on to a future airplane that would replace the remainder of 300 KC-135s. The Air Force put out a request for information to the defense industry on a “bridge tanker” this week.

“We’re keeping our eyes open to advanced technology,” Nahom said of the KC-135 replacement. “There may be something else beyond the KC-46, beyond a 767-based platform, to take us into the future.” The Air Force has discussed autonomous tankers and stealthy refueling aircraft, including jets far smaller than the 767-based KC-46, as possible future tankers. The service has said it’s keeping an eye on the progress of the Navy’s MQ-25 Stingray tanker, which will operate off aircraft carriers and fly without a human crew aboard.

Nahom noted there are still “seven more years of procurement of the KC-46, so the good thing is, we have time to have these conversations and look at the technologies out there, and make sure that when we get to 179, and go to jet 180, and start replacing the next round of KC-135s, we have the right aircraft.”

Despite advancements in engine technology, especially for future combat aircraft, Nahom said the Air Force sees no reduction in need for tanker aircraft, and that in fact, U.S. Transportation Command has been “working with us” to manage reduction in the tanker fleet to have a minimum impact on USAF operations.

“If your eye is on China … and you look at the distances in the South China Sea, you have to have the gas,” Nahom said.

Nahom told Sen. Lisa Murkowski (R-Alaska) that USAF needs more tanking capacity in Alaska to support combat aircraft there. Alaska is the “center of fifth-gen capability” with numbers of both F-22s and F-35s increasing there, he said, and more refueling capability is needed.

“We’re committed” to adding four tankers to the Alaska theater, he said, the only limiting factor being construction of facilities to handle the additional jets and additional “Airmen we send up there.”

KC-135s will not be withdrawn from Alaska “until we can replace them with something,” he said.

When reviewing which two Air National Guard locations will get KC-46s “in the next year,” Nahom said, “we will assess all of the locations and make sure we find the most suitable [ones] through our normal strategic basing process.”