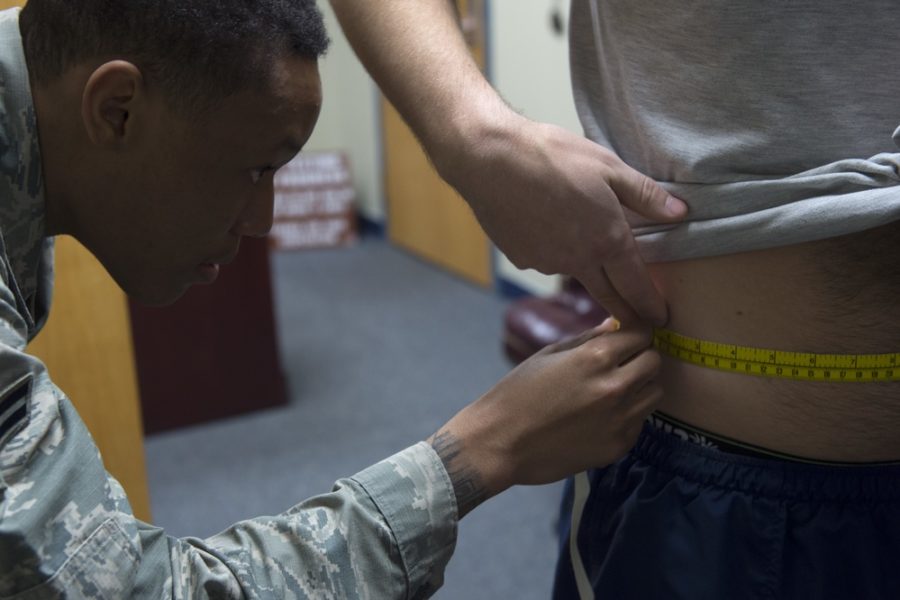 The Air Force has not made a final decision on what the new body measurement test will look like, despite documents recently leaked online, the Office of the Air Force Surgeon General told Air Force Magazine.

On Feb. 16, the unofficial Air Force amn/nco/snco Facebook page posted images of an email and charts detailing a new waist-to-height ratio measurement that would take the place of the oft-criticized tape test, which was separated from the annual fitness test in December 2020.

The accompanying email states that the new assessment will start to be rolled out in July 2022, with follow-up assessments every six to 12 months, depending on the individual Airman’s score.

“Repeated failed assessments could result in discharge from military service,” the email claims.

When contacted by Air Force Magazine to confirm the images’ veracity, the Air Force surgeon general’s office stated that the “Air Force is now developing policy for the Waist-to-Height Ratio. Any documents published online are pre-decisional and subject to change.”

In November, the Air Force did announce that the surgeon general had settled on waist-to-height ratio as “the best available method for assessing body composition” and promised guidance on the new measurement process in the coming months.

Officials have also previously noted that while tape tests are no longer part of the new-look PT test for Airmen, official Pentagon guidance requires the Air Force to measure its force for body fat composition.

For years now, Airmen—along with other service members—have complained that circumference tests such as waist measurement don’t always accurately measure body fat. In some cases, service members say they have excelled during PT tests, only to fail the body measurement.

And the Air Force isn’t the only service to propose changes to the system. The Army is currently conducting research on how best to measure a Soldier’s body fat, including the use of advanced body scans—but some of the equipment costs tens of thousands of dollars.

The Space Force, meanwhile, is still crafting its own fitness and health program, but Chief Master Sergeant of the Space Force Roger A. Towberman has said he would like to take a more holistic approach, reducing the importance of “this single moment in time that has such an impact over one’s career.”