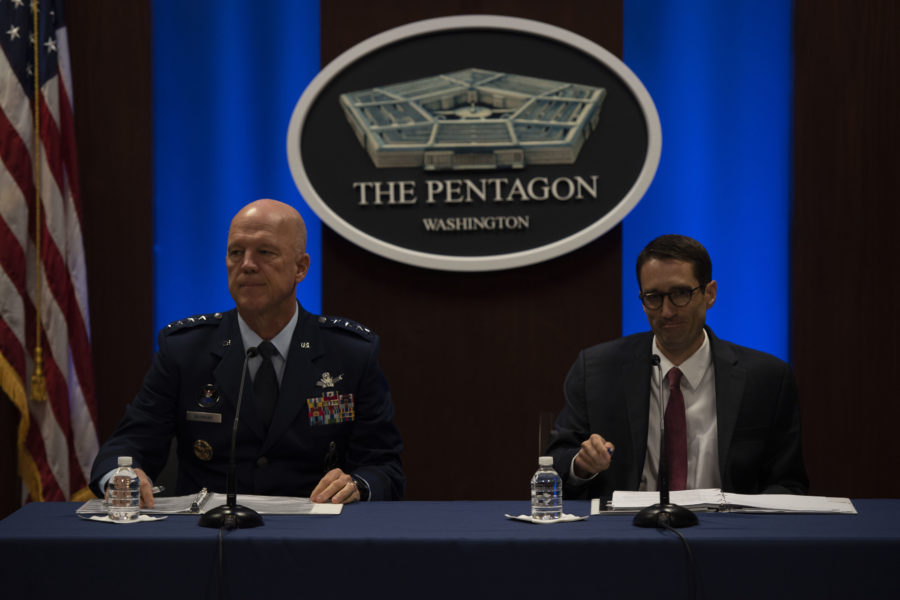 More of the world’s militaries are reorganizing their command structures to prepare for future wars in space while coming up with ways to counter satellites directly or to interfere with satellite communications, according to a report out April 1.

In the 2021 edition of Global Counterspace Capabilities: An Open Source Assessment, the nonprofit Secure World Foundation rounds up the publicly known or suspected activities, plans, and likely technological capabilities of eight spacefaring militaries in categories from weapons that target satellites in orbit, to jamming of satellite communications, to cyber attacks on satellite ground stations.

As satellite technologies such as GPS have become integral to military activities, more militaries have started figuring out ways to protect their equipment in orbit and on the ground. To elude outside interference, while also being able to disrupt others, is to achieve “space superiority,” according to the report.

The U.S. military established its 11th unified combatant command, the U.S. Space Command, as well as the U.S. Space Force in 2019. More militaries had already reorganized their space entities in recent years or have done so since.

Below are the countries outlined in the report along with their counterspace capabilities:

China reorganized its space and counterspace forces in 2015 and placed them, along with electronic warfare (a.k.a. jamming) and cyber units, under the new Strategic Support Force.

Counterspace capabilities: China has tested rendezvous and proximity operations between satellites in low-Earth and geosynchronous orbits but apparently without “an actual destructive co-orbital intercept of a target,” according to the report. Up to three development programs could lead to, or already have led to, a direct-ascent anti-satellite weapon to physically target satellites. China can likely interfere with some satellite communications but doesn’t appear to actively do so.

Details of China’s likely development of directed-energy weapons such as lasers are “scarce.” It is building more ground-based radar stations and telescopes to track and characterize space objects for space situational awareness.

Russia reorganized its “space forces” in 2015 under the Aerospace Forces responsible for space launches, ballistic missile warning, satellite control and space surveillance networks, and anti-air and anti-missile defense, according to the report.

Counterspace capabilities: Russia has tested rendezvous-and-proximity operations including maneuvers suggesting that a Russian satellite is observing a U.S. reconnaissance satellite. Russia is “almost certainly capable of some limited [direct-ascent, anti-satellite] operations” but isn’t yet likely to pose a “critical threat” in this regard. It has upgraded its electronic warfare systems that jam GPS receivers in local areas. Russia likely can jam uplinks to communications satellites.

With likely international help, Russia tracks a catalog of space objects rivaling the U.S.’s. It’s system is “slightly more robust” in listing objects in high-Earth and geostationary orbits, according to the report. Russia’s ground-based laser ranging system for tracking satellites could serve as a directed-energy weapon to dazzle satellite optics, while Russia is also developing such a weapon carried by airplane.

Iran announced its Aerospace Force’s new Space Command in April 2020 after the launch of an apparent cubesat.

Counterspace capabilities: Iran has demonstrated interference with commercial satellite signals. Its launch vehicle or ballistic missiles could form part of a direct-ascent anti-satellite weapon, but Iran isn’t thought to be trying that. It may be able to track satellites in low-Earth orbit.

France reassigned control of its military satellites from its space agency to its military in 2019 while elevating a command within the country’s air force and renaming that service the French Air and Space Force.

Counterspace capabilities: France wants to fill gaps in its space situational awareness by partnering with other countries in the European Union. Government officials have mentioned the idea of equipping French satellites with lasers to dazzle or blind unfriendly satellites that get too close.

India created the Defence Space Agency and Defence Space Research Organisation in 2019 to respectively coordinate among the three branches of the armed forces and perform research and technical support.

Counterspace capabilities: India demonstrated in 2019 that its missile defense system could intercept a low-orbiting satellite. It is expanding its network of facilities for tracking space objects. It may be developing directed-energy weapons but evidently not for counterspace purposes.

Japan established its military’s Space Domain Mission Unit in 2020 to gather space situational awareness in the interest of tracking and protecting Japanese satellites. Expected to grow to 100 people by 2023, the unit will coordinate with U.S. Space Command.

Counterspace capabilities: Japan’s ballistic missile defense system may be able to reach low-orbiting satellites but hasn’t been tested in this capacity. The government is discussing whether to build a satellite to “intercept foreign threat satellites.”

Counterspace capabilities: The U.S. has demonstrated technologies that could form a co-orbital anti-satellite weapon and has demonstrated its ship-based anti-ballistic missile interceptor against a satellite. Meanwhile, the U.S.’s ground-based interceptors “have the most potential capability” in the role, putting all satellites in low-Earth orbit within reach, according to the report.

The Space Force’s Counter Communications System Block 10.2 for jamming geostationary satellite connections came online in 2020, the service’s first offensive weapon system. While continuing to lead the world in space situational awareness, the U.S. is upgrading its network of ground-based radar stations and telescopes and adding new ones while also agreeing to share data with other countries and “looking to leverage commercial capabilities.” Like Russia’s, the U.S.’s laser ranging equipment for tracking satellites could dazzle or blind the optical sensors of Earth-imaging satellites.

The report cites North Korea’s ability to jam civilian GPS “within a limited geographical area” and acknowledges that its ballistic missiles could conceivably be developed into a direct-ascent anti-satellite weapon.

Not mentioned is the United Kingdom Space Command announced in 2020.

“The challenge is that the access to space and freedom to maneuver in space can no longer be treated as a given. We have to be able to protect, because there are threats that exist today,” he added.