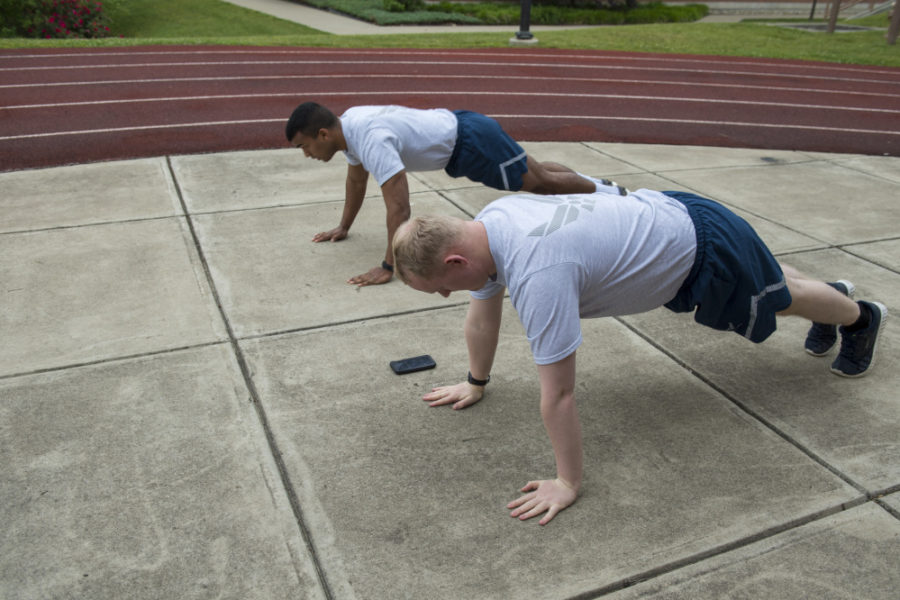 The Department of the Air Force will resume revamped physical fitness testing on July 1 after a lengthy, COVID-induced delay, but still more changes are coming as the service is set to debut new alternative options for the test in January 2022.

The official announcement on what those new testing options will be outside the standard 1.5 mile run, push-ups, and sit-ups is coming “soon,” Chief Master Sergeant of the Air Force JoAnne S. Bass said June 28 in a virtual “Coffee Chat” event. However, Lt. Gen. Brian T. Kelly, deputy chief of staff for manpower, personnel, and services, offered a sneak peak on what has and hasn’t been approved.

“Say you’re not a long distance runner, … we have a way to do a shuttle run back and forth, about 20-25 meters apart over a timed distance, and the fastest you can do that will correlate your score, just like your 1.5 mile distance,” Kelly said. “… There’ll be an option to walk. Today you can only walk if you get a medical leave, right? You’ll have an option to walk as well.”

For sit-ups, planks will be allowed as an alternative measure of core strength. For push-ups, Kelly said, there will be a new option to do what he termed “raised hand push-ups.”

“So instead of just going up and down, you’ll be in your push-up position and periodically raise a hand up and push the hand down and do that for a certain amount of time.”

Airmen will be able to pick and choose which testing options they prefer, Kelly said, and can mix traditional elements in one component with alternative ones in another. The scoring system will remain on a scale of 100 points, with 60 points going towards the cardio component and 20 each for the other two.

There will be a six-month “break-in” period when the new options are introduced, and adjustments will be made as necessary, Kelly added.

While it is not clear if there will be any other alternative options allowed in the new system, Kelly did throw some cold water on the notion that exercises like swimming, biking, or rowing would be included.

“In the end, we probably won’t offer those, and the reason we won’t offer those is it’s really hard to offer those at all locations,” Kelly said. “If you happen to be Airmen at a remote location or something and you can’t get a pool and it’s not available to you, it just doesn’t make it equitable for the force. We need to be able to execute each component everywhere.”

Bass added that she was initially a fan of including rowing as an option but realized that rowing machines weren’t widely available. That doesn’t mean things can’t change in the future though, she said.

One element of PT testing that won’t be coming back July 1 is the waist measurement component. But starting in October, there will still be body measurements taken, as is required by law, Kelly said. However, he noted, that leadership is looking into possible alternative methods to measure body composition.

The Space Force is expected to release its own guidance for PT testing, but will continue to follow Air Force guidance for the time being.