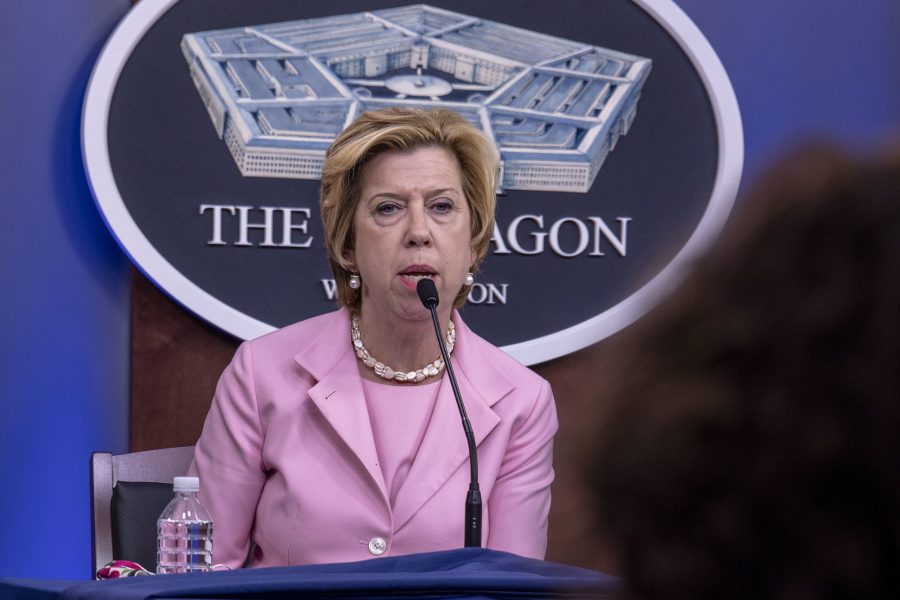 Lord will be joined on the newly formed Commission on Planning, Programming, Budgeting, and Execution Reform by Eric Fanning, who served as undersecretary of the Air Force from 2013 to 2015 and acting Secretary for six months in 2015; Robert F. Hale, former comptroller and chief financial officer at the Pentagon and former head of Air Force financial management; and Raj Shah, an Air Force Reservist who headed up the Pentagon’s Defense Innovation Unit Experimental.

Fanning, Shah, Hale, and Lord were selected to the commission Feb. 1 by the chairmen and the ranking members of the House and Senate Armed Services Committees—Reps. Adam Smith (D-Wash.) and Mike Rogers (R-Ala.) and Sens. Jack Reed (D-R.I.) and Jim Inhofe (R-Okla.), respectively.

That quartet will be joined on the commission by 10 other appointees, selected by the Secretary of Defense, Republican and Democrat leaders in the House and Senate, and the top lawmakers in both chambers’ Appropriations committees.

Together, the commission will be tasked with looking at ways to shake up the Pentagon’s planning, programming, budgeting, and execution process. Officials in Congress and observers have frequently bemoaned the budgeting process as slow, inflexible, and unresponsive.

“One of the relics of those days gone by is the current DOD budget process,” Reed said at a SASC hearing in 2021. “It was a product of [former Secretary Robert] McNamara, the Whiz Kids, and I can assure you those Whiz Kids are not kids anymore. It’s been 70 years.”

The commission was established under a provision in the 2022 National Defense Authorization Act and will have until September 2023 to send a report to Congress. Under the NDAA, the commission will review the current PPBE process, evaluate its effectiveness, consider alternatives, and issue policy and legislative recommendations.

Lord served as the top weapons buyer for the Defense Department from 2017 to 2020, where she oversaw the development of the Adaptive Acquisition Framework, a rework of the DOD’s acquisition rulebook aimed at making the process faster and easier. She also was in office for the first portion of the COVID-19 pandemic, which created some stress on the defense industrial base.

Fanning, in addition to serving as the No. 2 civilian leader in the Air Force, also served as Secretary of the Army and Chief of Staff to the Secretary of Defense, among other positions.

Hale is a former Navy officer who also spent more than a decade at the Congressional Budget Office analyzing defense issues. He then served as the Air Force’s comptroller from 1994 to 2001 before returning to the Pentagon from 2009 to 2014.

Shah is an F-16 pilot who in 2016 was appointed by then-Secretary Ash Carter to oversee a DIUx program aimed at connecting with private industry as a technology hub to acquire new capabilities faster.