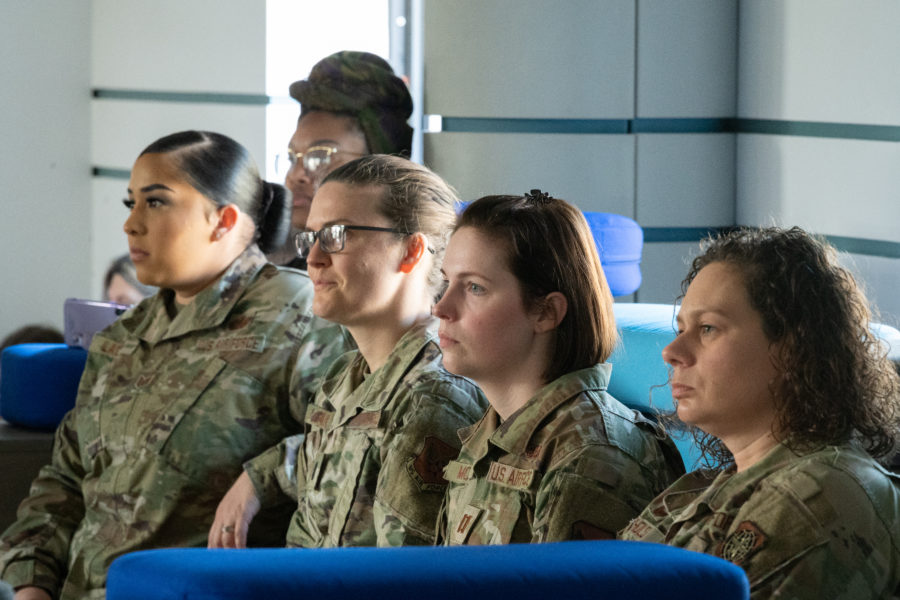 The Office of the Secretary of Defense has named the first new “leadership cadre” of an influential women’s advisory committee after disbanding the board along with dozens of others in January 2021 then restarting them incrementally.

The OSD said Stoneman is a “seasoned organizational leader” with “two decades of executive branch and congressional experience on defense and foreign policy matters” and that she is the spouse of a former Army infantry officer.

To be appointed to the chair of “the premier entity providing the Secretary of Defense advice and recommendations” about women’s service is “an incredible honor,” Stoneman said in the statement.

Within days of Austin’s confirmation as Defense Secretary and after last-minute appointments by the Trump administration to various DOD civilian advisory boards, Austin ended the terms of hundreds of volunteer members—all those in positions the Secretary has the power to appoint. At the same time, he ceased all the boards’ operations for a “zero-based review” to “get his arms around” each one’s utility.

Thirty-six of the boards had been cleared to restart operations as of Feb. 9, when the DOD announced that Austin had named former New York Mayor Michael R. Bloomberg as chair of the Defense Innovation Board.

In a tradition that dates to the beginning of the federal government, the boards provide expertise from the civilian world. By holding public meetings, they also provide a forum for public input, according to the General Services Administration, which monitors advisory committees such as the DOD boards and others across the federal government. The boards don’t have any decision-making powers.

Since Austin deemed in August 2021 that DACOWITS could restart, the department “explored a larger pool of the nation’s talented, innovative, private and public sector leaders, whose service will provide a more diverse and inclusive membership that promotes variety in background, experience, and thought in support of the committee’s mission,” according to the statement. The “civilian men and women” of the committee advise on women’s “recruitment, retention, employment, integration, well-being, and treatment.”

Other members of the DACOWITS leadership team announced March 22 all served as board members under Wolfenbarger, including:

As of the last announcement of boards cleared to restart operations in February, none had been recommended to cease. Four had not been ruled on:

Boards approved to restart include:

The OSD did not immediately respond to a query about the status of the remaining boards.

*Some or all members of the boards preceded by an asterisk may have remained in their positions because the Secretary of Defense does not have the authority to appoint or remove those members.